There was a period of time where my life was just one Red Dead Redemption 2 blur.

I can’t say the same for Red Dead Online (yet), but the campaign enamored me and kept its tendrils in for weeks on end. It isn’t often that I truly get sucked into an open world without feeling like it’s just a collection of map dots and radar blips, and with a year’s time, I was ready to jump in again on PC. 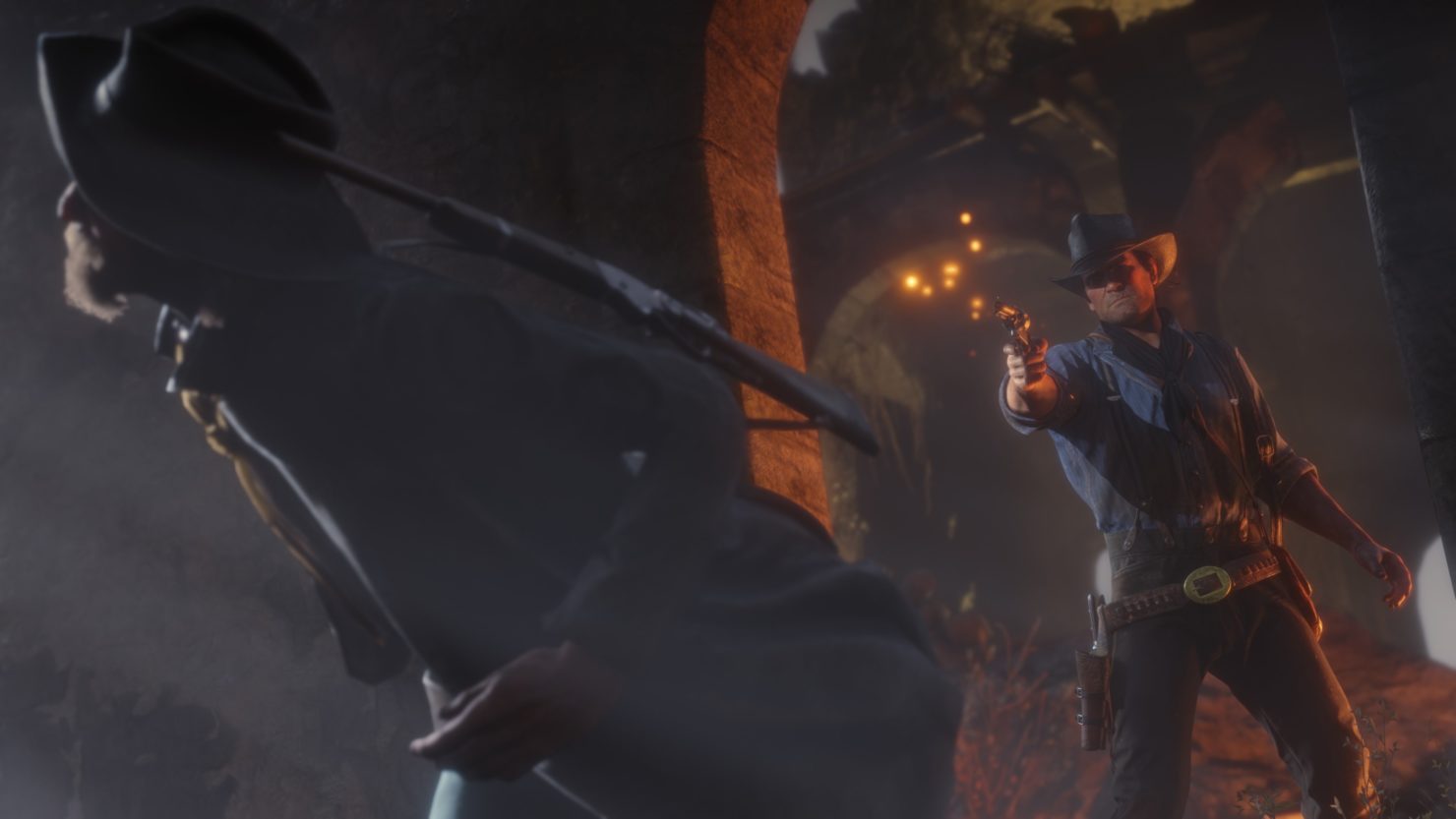 Naturally you want to hear about the latest graphics options, as Rockstar is touting this as their most advanced PC release yet.

All of the bells and whistles from the console edition return, as well as the obvious upgrade of optional mouse and keyboard support. The bread and butter of the PC edition deals with the graphical options, of which there are many. Texture/lighting/shadow/reflection sliders are obvious well-worn territory, but it even gets as granular as mirror and water quality, as well as options for TAA (Temporal anti-aliasing)/FXAA (Fast Approximate anti-aliasing)/MSAA (Multisample anti-aliasing). Real-time ray tracing, the only major omission, is not in at the moment.

Then there’s more advanced settings (that are locked by default) like volumetric resolution (lights and clouds), the quality of particle lighting, further water tweaking (refraction/reflection quality), and extra tweaks like fur and decal quality. The thing I noticed the most? The fantastic draw distance improvement, which is key for a game as big as this. NVIDIA has game-ready drivers for RDR2 available now, clocking in at roughly 576 MB on top of the huge 100GB+ file size of the game itself. Make some space, especially for updates/DLC! Load times can still be lengthy though: even with an SSD (with a sequential read speed of 3519.4 MB/s, with a write speed of 3290.4 MB/s), loading a new save can hit 25 seconds. Upon jacking everything up to ultra, my game crashed. But other than exceeding the limitations of what my rig can handle, I haven’t had any problems.

I know what you’re thinking: another launcher, right? Although Red Dead Redemption 2 is available on multiple platforms (Epic Games is the marquee alternative right now, with Steam to launch in December), I had access to it via the Rockstar Games launcher and so far it’s been pretty seamless. Rockstar offers cloud save sync every time you connect and are online, and the Rockstar Social Club instantly loads because you’ve already authenticated. A small benefit, sure, but something to consider. Or you can wait for Steam.

So how’s the game? Still good. It takes a while to really get started and introduce you to the true open range, but once that intro is over and done with it’s off to the races. Mod support (which is being allowed so long as it’s not commercial) will only make things better once the community gets started. The photo mode has been great, allowing for excess (read: 200) photo taking, on top of options like blur strength and more lens effects (here’s tintype). Rockstar Club access is integrated for posting, allowing you to dump your pictures and keep freeing up space. This is the sort of game that begs for a photo mode (more so than nearly anything else this past year), so take advantage of it. 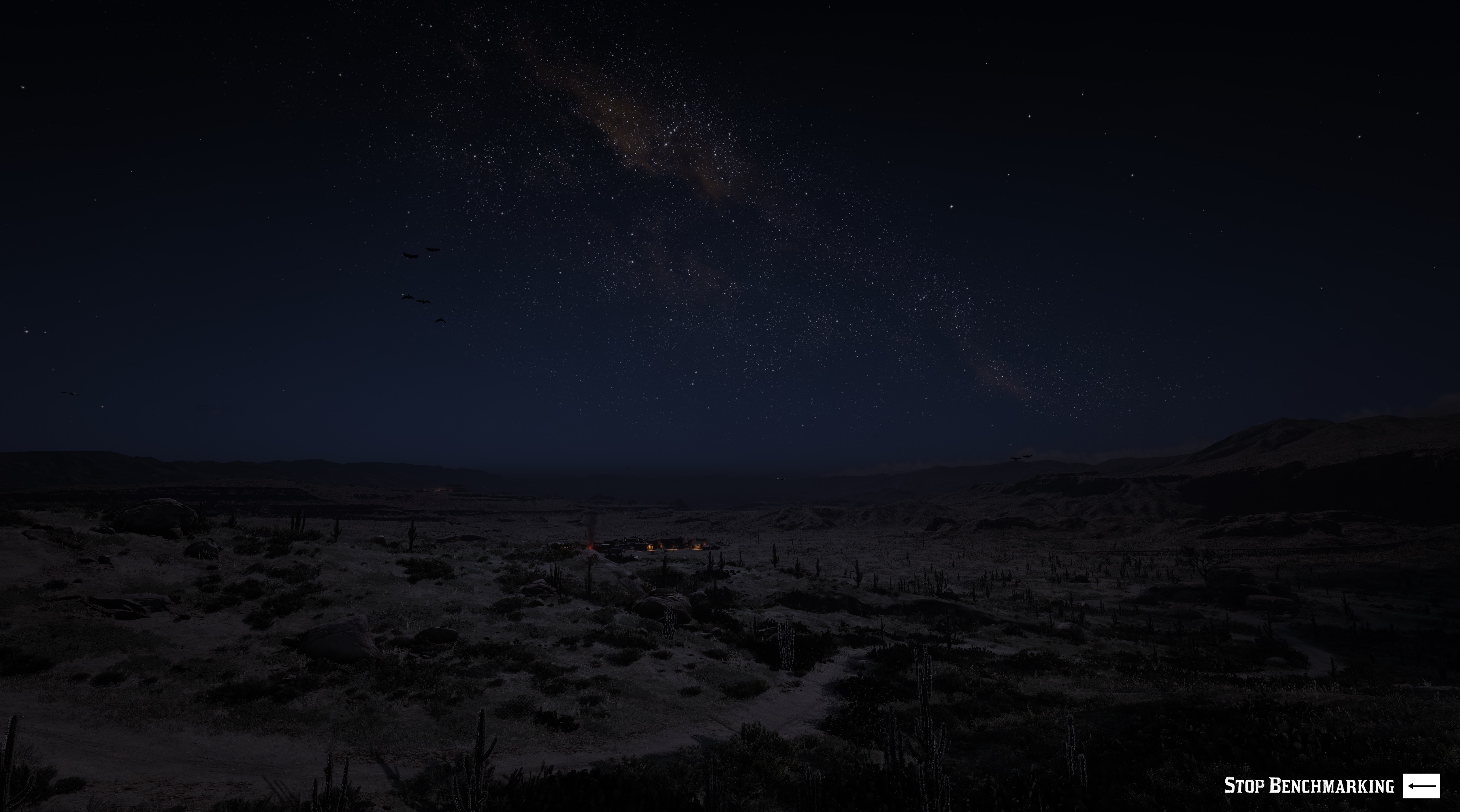 If you’ve been holding out for Red Dead Redemption 2, now is the time to strike, even if you have no interest in the online component. It has pretty much everything a PC enthusiast would want outside of ray tracing, which is more of a near-future tech anyway. If you’re still on the fence, holding out for a sale (more platforms = more price drops!) and mods is also a smart idea. Everyone benefits from a PC release.

[These impressions are based on a retail copy of the PC edition of the game, provided by the publisher. If I had to score it, it would be the same as the console release – 9.5]