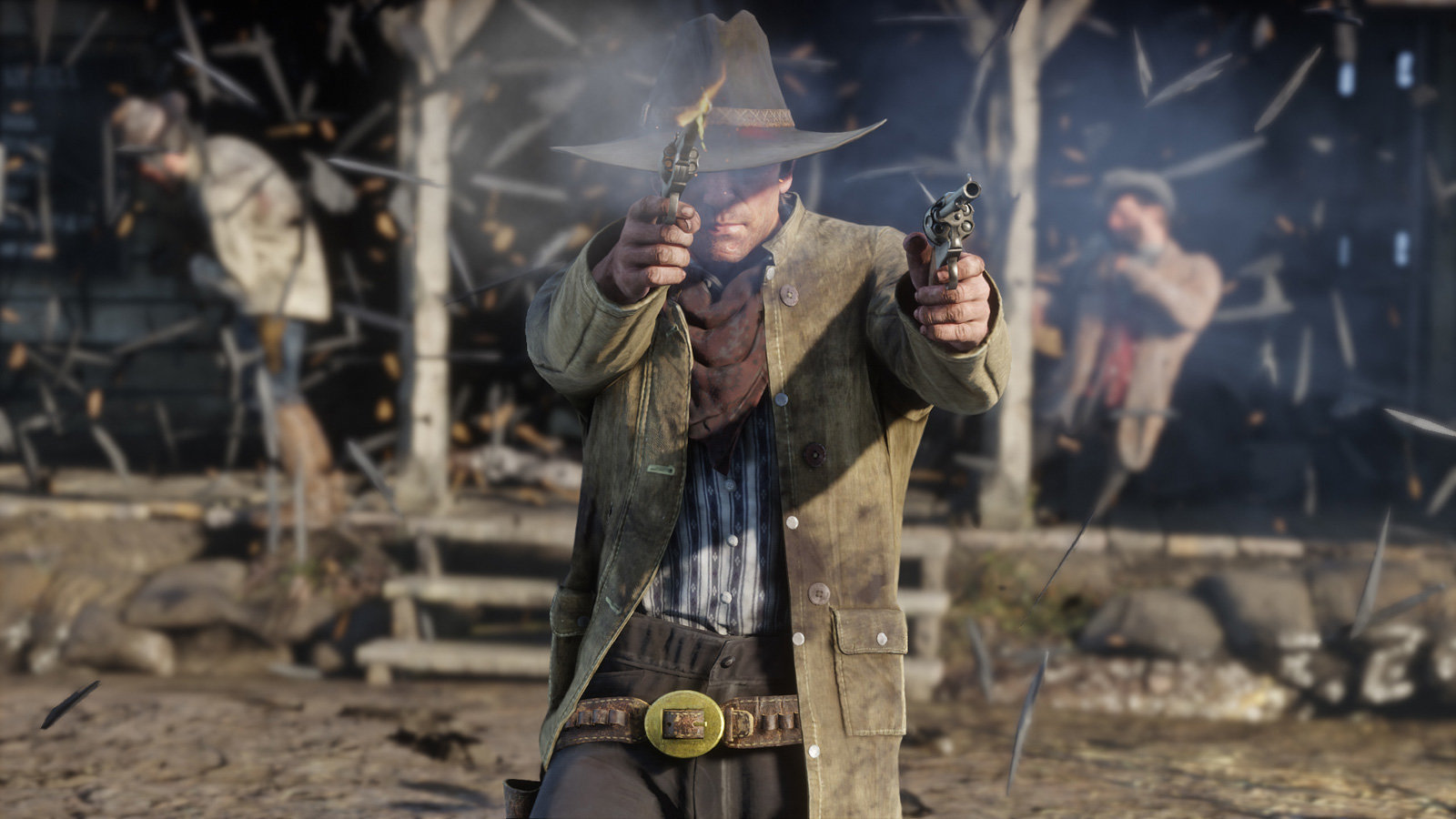 Take-Two had an interesting quarter

A lot of Rockstar and 2K’s biggest franchises ended the most recent quarter with impressive sales figures. Parent company Take-Two Interactive just ended an investors conference call where the main takeaway was that the most prominent names in the portfolio continue to be the most profitable.

However, Red Dead Redemption 2‘s previous success was directly responsible for Take-Two’s current underwhelming financials. Quarterly revenue is down 25 percent year over year (from $1.25 billion to $930.1 million) largely in part because of how well Red Dead Redemption 2 sold at launch. Investors are evidently unimpressed, as VentureBeat reports Take-Two’s stock dropped 9.6 percent in recent hours. The market isn’t sure how to perceive Take-Two right now, especially following this week’s departure of Rockstar co-founder Dan Houser, which also sent the stock in flux.

Despite all this, Take-Two had positive things to say about most of its lineup. Borderlands 3 is at eight million sales, which is higher than its initial projections. Take-Two expects it to set a record for the franchise in terms of net bookings, calling it “a massive hit by any standard.” Interestingly, the Borderlands 3 season pass is performing incredibly well, as Take-Two says it has set an attach rate record for all of 2K Games. Borderlands 3 still has an eventual Steam release ahead, but Take-Two executives declined to elaborate on their expectation of how this would bolster sales.

Grand Theft Auto is still the biggest fish in the pond, as it added another 20 million sales in 2019. That brings its lifetimes sales to 120 million. Although GTA Online is a phenomenon of sorts, it’s actually the NBA 2K series that leads the way in recurrent consumer spending (microtransactions, DLC, and other in-game purchases). Recurrent spending is up 37 percent this quarter, but Take-Two admits that NBA 2K20 could be performing better in this regard.

Take-Two also confirmed that Obsidian’s The Outer Worlds surpassed two million sales. That seems to be considered a success, as Take-Two praised its critical acclaim and the number of awards it won. Publisher Private Division also had a deal in place with Microsoft for Outer Worlds to launch on Xbox Game Pass, meaning many more people played it than the total sales reflect. When asked whether Xbox Game Pass might’ve helped or hurt the success of Outer Worlds, a Take-Two executive commented “It’s hard to say. Generally speaking, we want to be where the consumer is. We’re willing to take experimental chances when it makes sense for a particular title, and when the underlying deal also makes sense.”