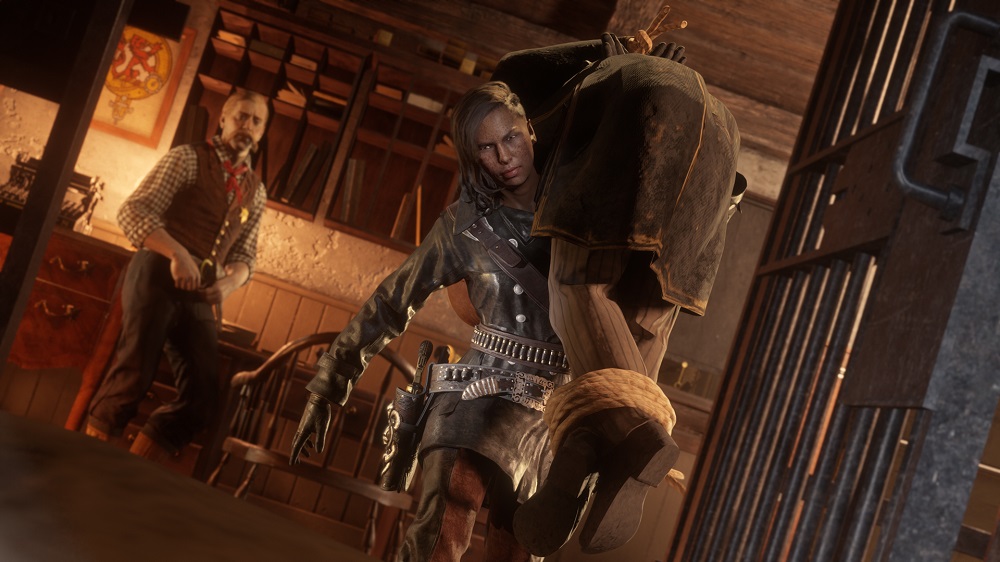 Rockstar Games has revealed that next week’s Red Dead Online update will bring about three all-new “Specialist” roles: classes that will add unique skills, weapons and abilities to your custom-designed gunslingers.

The first three roles will arrive on September 10, and will each come with a selection of quests and activities, rewarding completion with gold and skill boosts. As players progress through their chosen role, they will gather XP and climb a four-stage ranking system – Novice, Promising, Established and finally Distinguished. 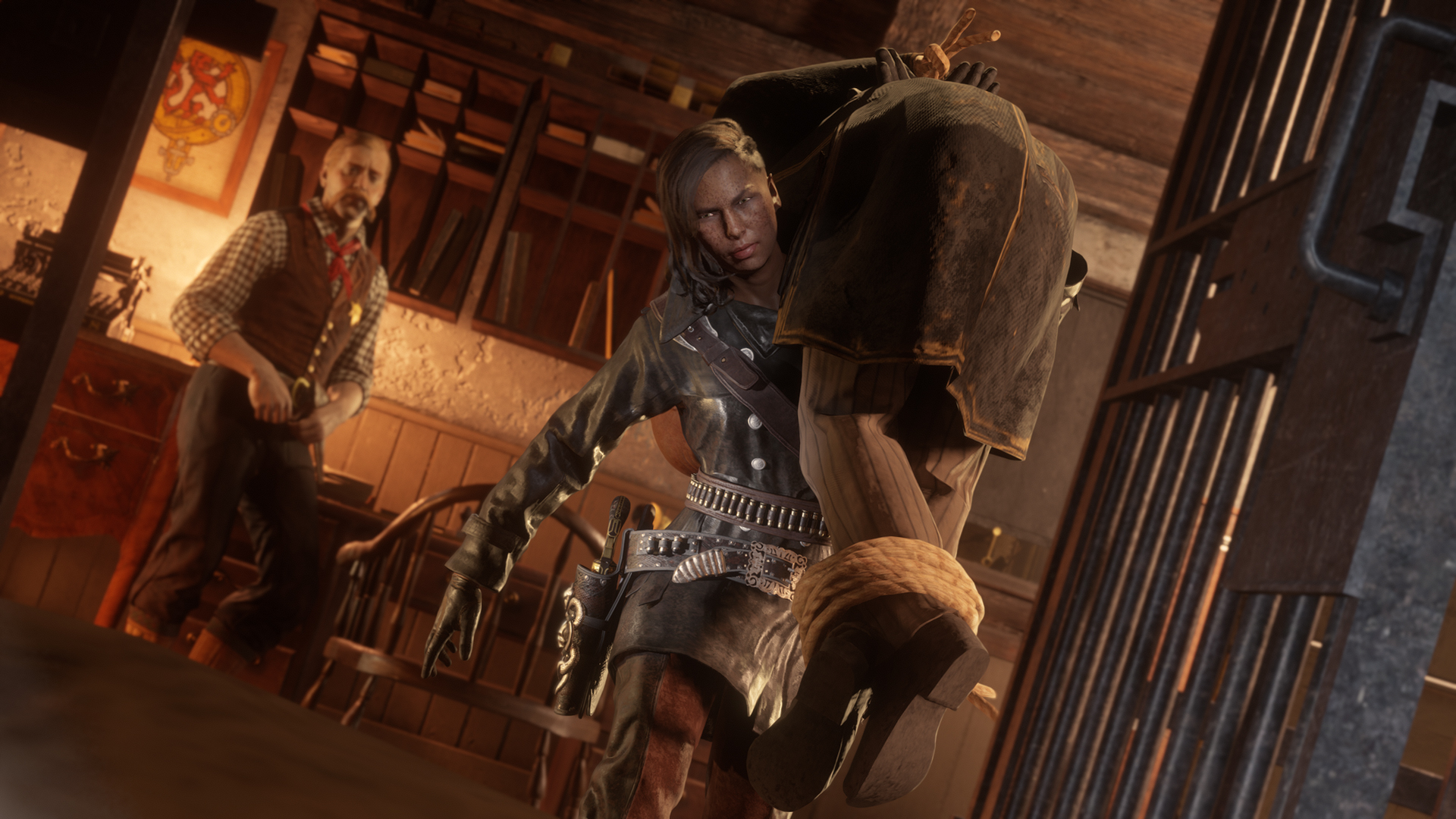 Bounty Hunters – like the cyberpunk-looking gal above – are charged with tracking down, capturing, and bringing in a selection of wanted NPC characters. Once their mettle has been proven, players can also start bringing in other players who have incurred a bounty through their own misdeeds… And that’s a lot of players in the Red Dead Online universe. To this end, Bounty Hunters are afforded improved lasso skills, throwable bolas, and an improved version of the Eagle-Eye skill, to help with the stalking of fleeing varmints. 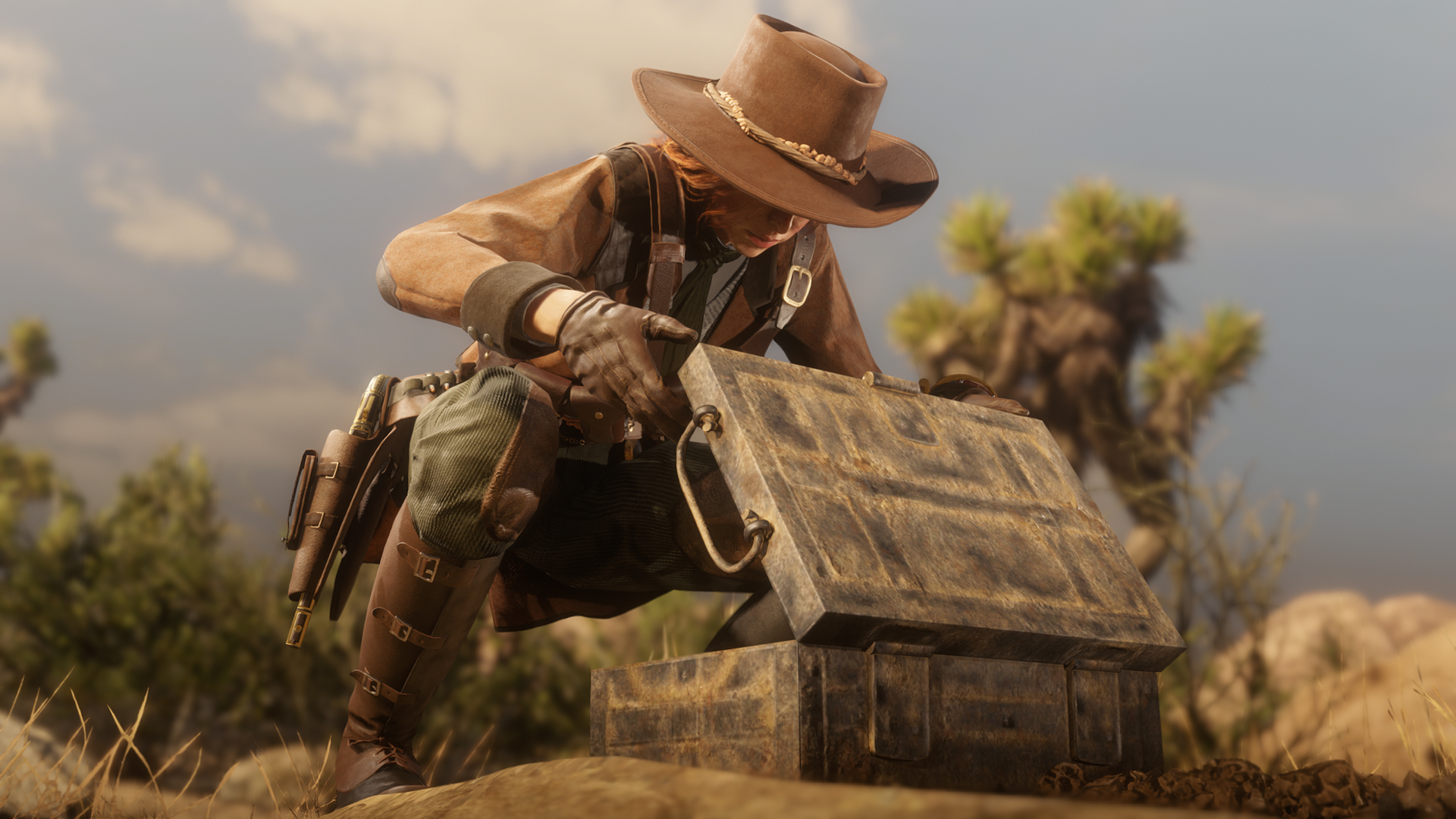 The role of the Collector is a little less violent and a little more exploratory. Collectors are treasure seekers, tasked with finding rare artifacts and items, from gold and jewelry to long-lost antiques. To help Collectors on their way, they are given a special shovel and metal detector, a powerful lantern, and improved binoculars. I’m not quite sure how a metal detector works in the 1800s, but I’m sure there’s a perfectly rational explanation. Best of all, not only can your steed now carry more items, but it can even pick herbs and flowers for you, saving players from having to dismount to gather vegetation. 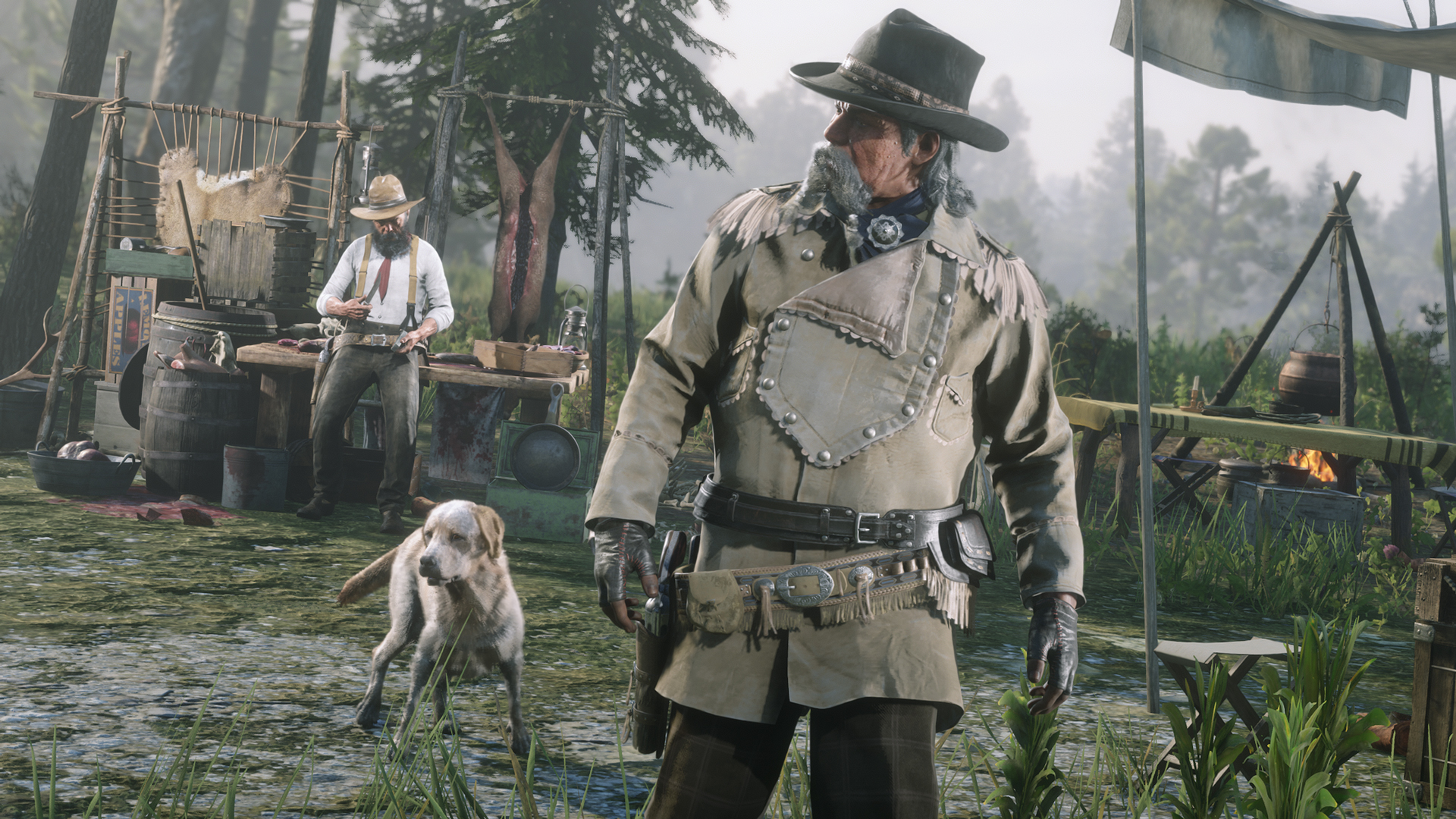 Finally, for those of you with sharp hunting skills and a gift for bartering, the Trader role will afford you the opportunity to set up your own trading post out in the wilds, where hunting and resupply missions will reward you with inventory, ready to be sold and delivered to prospective buyers.

You aren’t alone in this endeavor, as Cripps of the famous Cripps Trading Company will help you run shop. Be wary though, as plentiful stock and lots of cash could put your store in the crosshairs of local bandits. Traders receive upgraded wagons, higher storage capacity, a weapons locker, a stew pot for making stat-boosting foods, and the ability to train dogs to warn of incoming trespassers.

Each role costs 15 gold bars to start, although PS4 players can become a Trader for free. More specialist roles will be added to Red Dead Online in the future. For full details on each of these neat characters and their weapons, skills and abilities, visit Rockstar’s official site right here.