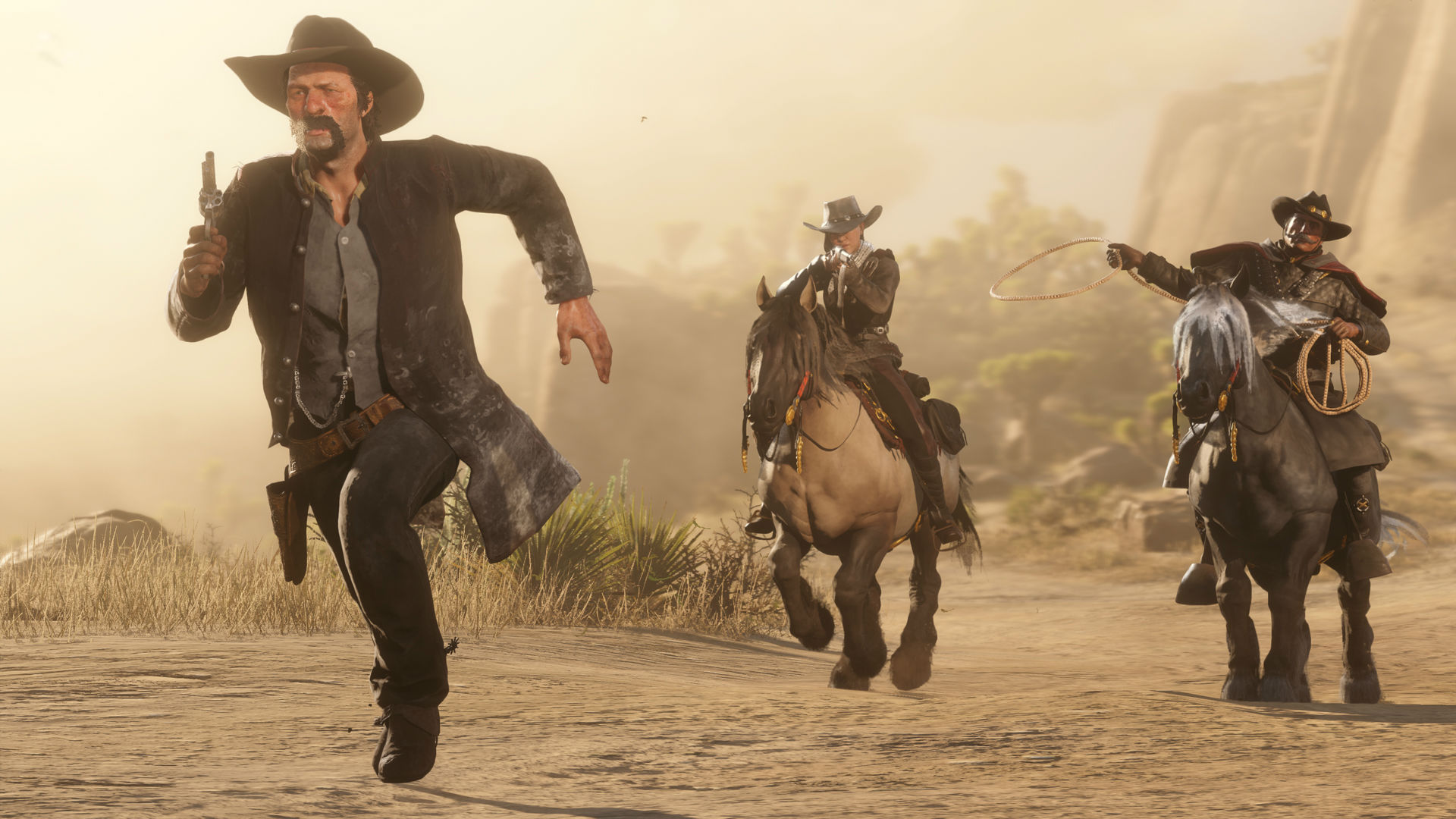 As Rockstar scrambles to bring more people back into Red Dead Online, more and more events are constantly popping up on a regular basis. This week is no exception.

Rockstar is touting big XP bonuses this week, with 25% character and role XP boosts for role-specific free roam events. Here’s the big list: day of reckoning, manhunt, trade route, condor egg and salvage. You need to be bounty hunter rank four for the first two, trader rank four to gain the bonuses from trade route and collector rank four to reap the benefits of the latter two.

Legendary Bounties will also grant 2,000 Bounty Hunter XP, while Trader Sell Missions grant the same amount in Trader XP. You can also get 30% off any rifle in-game and PlayStation Plus users get a version of the Leavitt Jacket for free. Twitch Prime bonuses are still in effect.

Do all of these imaginary numbers and cosmetics excite you?! Gaming is in a very weird state in 2020 and it’ll only get weirder with time.