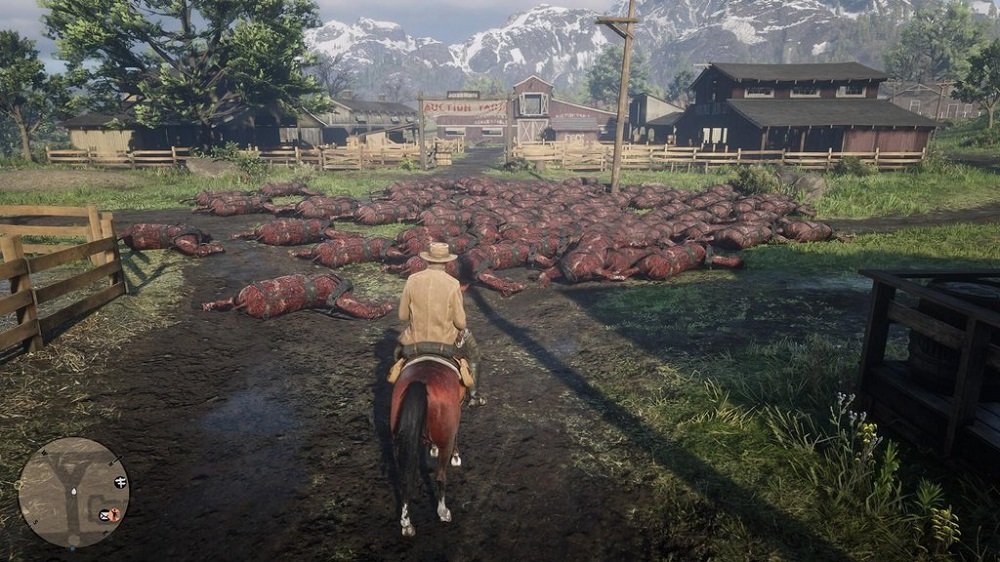 This weekend, some varmints adventuring through Rockstar’s Red Dead Online were stopped dead in their tracks by a horrible scene that was straight out of a Jodorowsky film. Several players were reporting stumbling across huge piles of dead horses, sans their skin, just lying out in the Valentine district. This coincided with a huge drop in all other wildlife and other NPCs elsewhere, creating a pretty empty, eerie experience.

Players took to Reddit to discuss the end-of-days phenomenon, as they tried to work out whether the grim sight was the tease for an upcoming event, a protest at real-world issues, a reference to a historic event, or just one of the darkest glitches in video game history. Fortunately, it seems that the latter is more likely the real story here.

Rockstar has released a non-specific announcement to several news outlets, noting that “The issue affecting some players in Red Dead Online that was causing reduced numbers of animals in session and other knock-on effects has been resolved.” Of course, this statement doesn’t clearly mention the horse grave itself which, if it was just a bug, is a pretty specific one. Still, hopefully players can now saddle up and mosey on back into town without being SCARRED FOR LIFE.