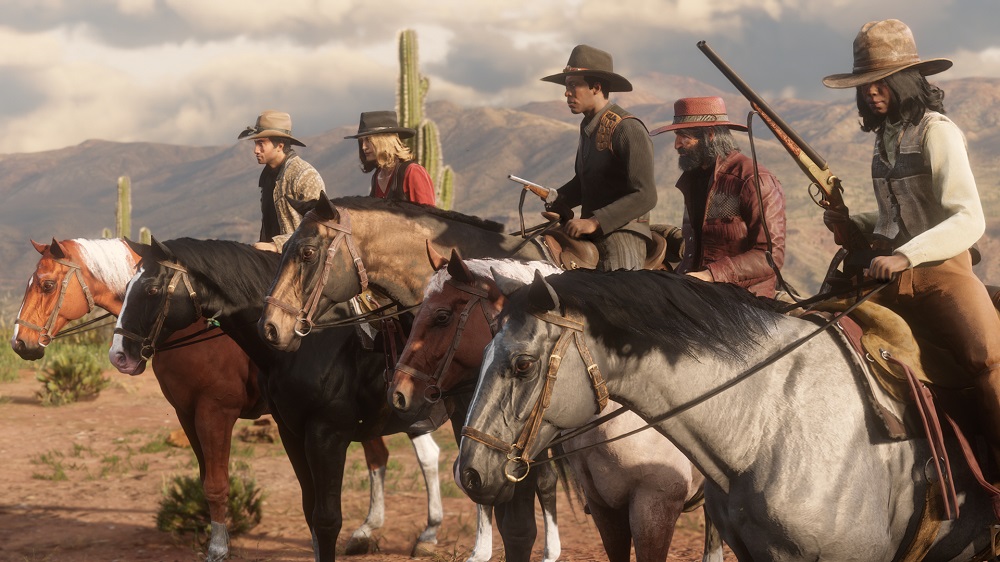 Rockstar will be bringing a glut of new content to the online portion of the Wild West sequel Red Dead Redemption 2. The update, set for February 26, will bring new clothes, modes and challenges to the dusty, deadly open world of Red Dead Online.

New Showdown modes include Plunder, Spoils of War and Up in Smoke, details of these jaunts are to follow nearer launch day. New Races will involve players sniping targets whilst galloping for the finish line, while new Fishing Challenges will task players with reeling in the most impressive catches – that honestly sounds like the most exciting addition.

A fun, new “Fool’s Gold” mode will allow players to don solid gold armour, bagging big dollars for kills made while wearing the garish suit, but also painting a huge target on your head for bounty hunters. New weapons will include the high-capacity Evans Repeater Rifle and a powerful, rare double-barrelled Shotgun.

Finally, to enable players to enjoy all this new content in style, a whole new wardrobe of hats, coats, boots, waistcoats and the likes will be added to the in-game clothing catalogue. On the technical side, Rockstar will also be tweaking weapon balancing, map visibility and the bounty system, as well as stomping out a glut of bugs.

That’s a lot to look forward to for fans of Red Dead Online. The huge update goes live Tuesday, February 26 across all platforms. Red Dead Redemption 2 is available now on PS4 and Xbox One.