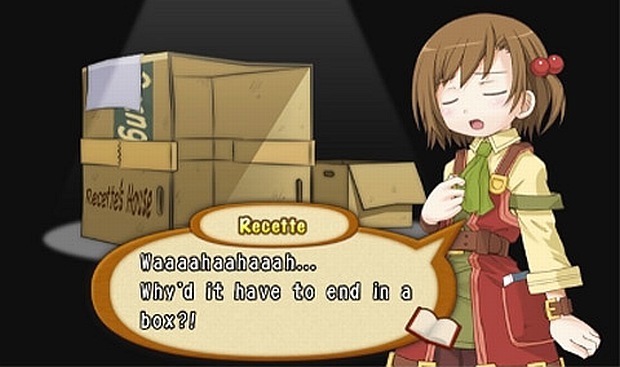 Recettear‘s an undoubtedly unusual sort of RPG. It places you not in charge of an adventuring party out to save the world, but in the place of the shopkeepers who supply said adventuring groups, in the name of profit, capitalism, and debt-reduction.

Strangely enough, you won’t be picking up this indie game at any brick-and-mortar store. Instead, Recettear, the ultimate ItemStop-simulation will be available via the future of game-buying: digital distribution. Put simply, you can get Recettear: An Item Shop’s Tale on Steam, Impulse [Thanks for the correction, bVork!] and GamersGate starting on September 10th for the very favorable price of $19.99. Better still, if you preorder via Steam you’ll get 10% off, putting it at $17.99.

Said Andrew Dice of Carpe Fulgur, the indie localization group that picked up the game:

“We are happy – almost to the point of delirium, really – to be on Steam…This is the first time an independently-made game from Japan has appeared on the Steam service. This will allow the game to reach an audience of millions that otherwise would’ve been closed to it, and we have high hopes that Steam users will enjoy the game for the unique gem that it is.”

If you’re still cagey about dropping some gil zenny golds dollars on the game, demos and trailers are available, also via Steam, and right here.