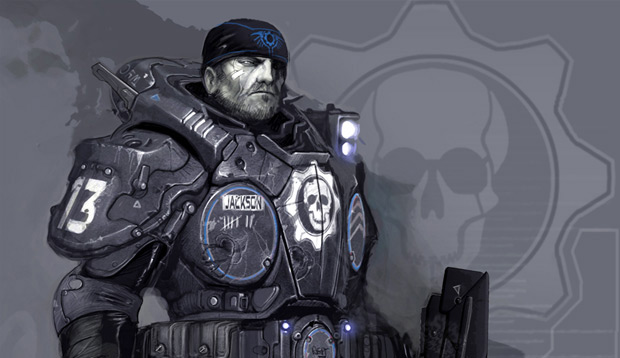 Ever notice how there are quite a few videogames that feature protagonists with high-tech armor? So did we! This past week, Brad talked with the designers of these very games, asking what the armor of these characters says about them and the world they live in, as well as what the design process entailed.

First, Brad spoke with Epic Games’ Cliff Bleszinski about arguably the most recognizable videogame armor around these days, the Gears of War COG armor. We were told it “required many iterations” during the design stage to reach the point where the armor felt “iconic.”

Next, Fallout 3 lead designer Emil Pagliarulo told us everything we needed to know about the Brotherhood of Steel’s Power Armor, saying it allows Wastelanders to go “on the offensive” and “beyond survival.”

On Thursday, the lead designer of Crysis, Sten Hubler, revealed to us that the original Nanosuit was much bulkier than what we’re familiar with, and that players weren’t meant to get the suit until around the halfway point when the aliens show up.

Finally, Brad hit up Section 8 lead designer Robert Siwiak for insight into the design inspirations for the 8th Regiment’s futuristic suit of armor. The team “explored designs that paired the sleek Eastern luxury car aesthetics with the aggressive hot-rod/muscle car designs from the West, and combined that with military intent and purpose.”

Make sure to also check out the gallery for an exciting look at the concept art for the different types of armor we’ve been discussing.

Filed under... #Artsy Fartsy#Crysis#Fallout#Gears of War