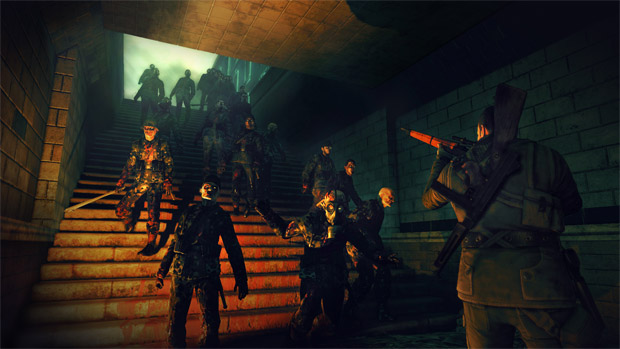 Coming exclusively to PC this month

Rebellion has delivered the full announcement for its mystery game, which seemed to be Sniper Elite-related with an extra hint of otherworldliness. Pretty much! It’s called Sniper Elite: Nazi Zombie Army, and it’s a standalone PC game with support for up to four players. With a name like that, you know what you’re getting into.

Nazi Zombie Army will be available on Steam for $14.99 starting February 28, though pre-purchasers can save an extra 20 percent right now. At that price, and given the subject matter, I may just have to cave despite having never touched a Sniper Elite title before.