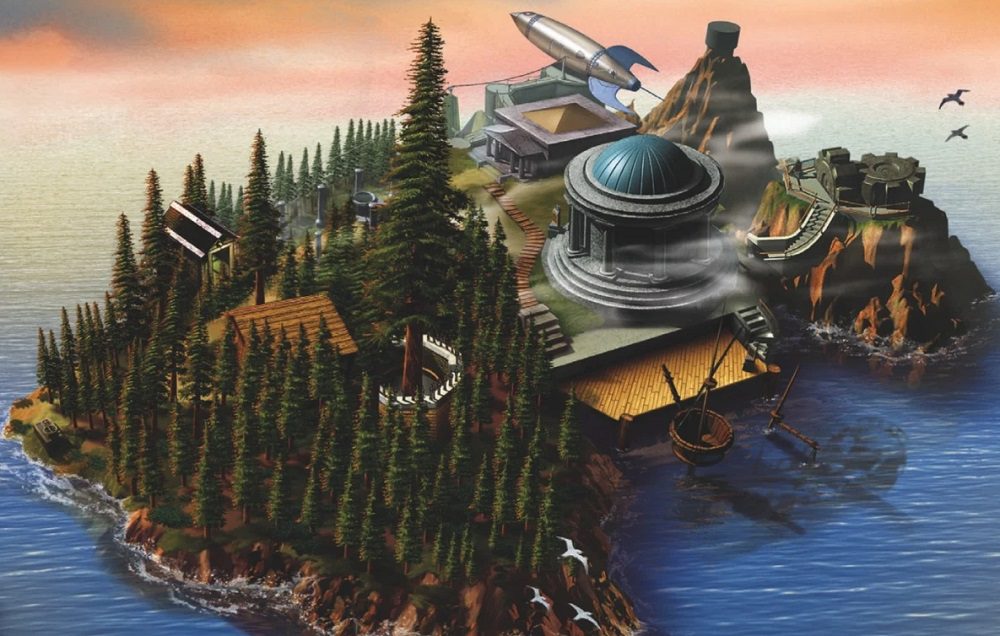 One of the most iconic puzzle games of the ’90s, Myst, is set to make a comeback on Nintendo Switch next week, with the arrival of Cyan’s realMyst: Masterpiece Edition, available to purchase from the Nintendo eShop on May 21.

As a brief history refresher, Myst is a first-person fantasy adventure that first launched on Mac in 1993, before being ported to Windows, and later a range of console platforms. Players explore an ethereal world and its mysterious “ages,” while gathering items and solving puzzles. With no real enemies or time limit, it can be considered the forefather to similarly paced walkabouts such as Gone Home, and Everybody’s Gone to the Rapture.

realMyst: Masterpiece Edition is a full remaster of the original game, featuring a fully-realised 3D recreation of Myst Isle, dynamic new visual effects, a day-and-night cycle, as well as the option to play with full character control, or with Myst‘s original point-and-click interface. Built-in functions such as bookmarking, auto-saving, and interactive guides will offer some modern-day user-friendliness, while a comparison mode will let you contrast the remaster with scenes from the 1993 release.

realMyst: Masterpiece Edition launches on Nintendo eShop May 21. Pre-orders are open at a limited time price of around $16. realMyst is also available now on PC and mobile devices.