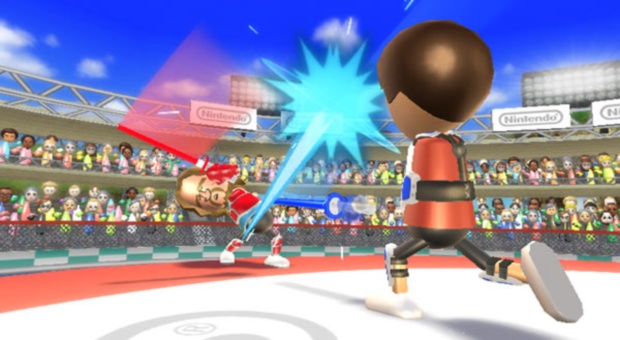 Seriously? Are people really beating down doors for the upcoming Wii accessory Wii MotionPlus and the new game Wii Sports Resort? They haven’t even played it yet, but somehow the device and game are ranked on Amazon.com’s top-selling games list as number 10 and number 3 respectively. As preorders.

Is 1:1 motion sensing and Mii sword fighting really that big of a deal? This is just as silly as when people freaked the hell out about getting the Wii Wheel for Mario Kart Wii. Am I missing something here?

Nintendo really does print money. July will be a good month for them, as the game releases on the 26th at $50. It only comes with one Wii MotionPlus sensor, so the sales of each $20 perpherial should be pretty strong, too. That’s at least $70 per taker, then.

Damn. I so should have bought Nintendo stock back in the day.