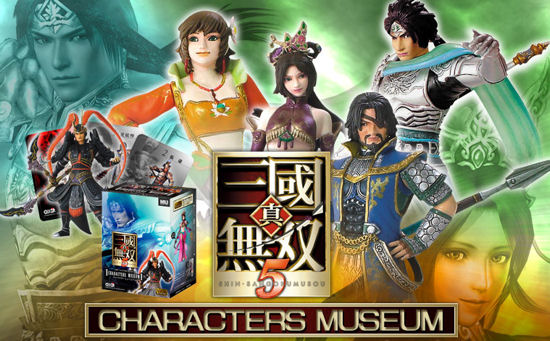 As an avid fan of anything related to Dynasty Warriors, I’d normally snap up this sort of thing, but this set of eight Japanese figures is just so … creepy looking that I’m going to have to think long and hard before slapping my hard earned Yen down for any of them.

Zhao Yun, Sun Shang Xiang, Lu Bu, Xiahou Dun, Diao Chan, Zhang Liao, Guan Yu and Gan Ning are all available, resembling something closer to an escaped gang of crossdressing mental patients than medieval war heroes. As much as I love the DW series, I’m not sure I could sleep at night having a manic-eyed Sun Shang staring at me with that vacant, cold, dead expression on her face.

According to my Japanese reading skills (otherwise known as the use of online translators), each figure is provided at random and you don’t know which one you get before you buy. The last thing you need is to be expecting Lu Bu and getting that … that horrific Sun Shang one glaring up at you.

Who am I kidding? I’ll buy them all eventually, and weep bitter tears of shame and misery with each one that gets delivered.