That’s right, 30 years of whipping stuff in a dungeon

Header image by Satoakiamatatsu on DeviantArt.

While Konami works on… whatever this is (link possibly NSFW), the Castlevania series quietly turned 30 years old today. Akumajo Dracula (Devil’s Castle Dracula) was released in Japan on the Family Computer Disk System (FamiCom) on September 26, 1986. It was ported to several other consoles and computers at the time, but it took another eight months before we got it in the U.S. as Castlevania in May of 1987.

The name Castlevania doesn’t make a lot of sense if you break it down. Castle is clear enough, but Vania means “trees” or “Forest.” It’s meant to evoke Transylvania, the traditional home of Dracula, but Transylvania just means “through the trees.” Accuracy probably wasn’t high on the original localization team’s list of priorities, however, with monsters like “Fred Askare” and “Paula AbGhoul” showing up in the U.S. manual. 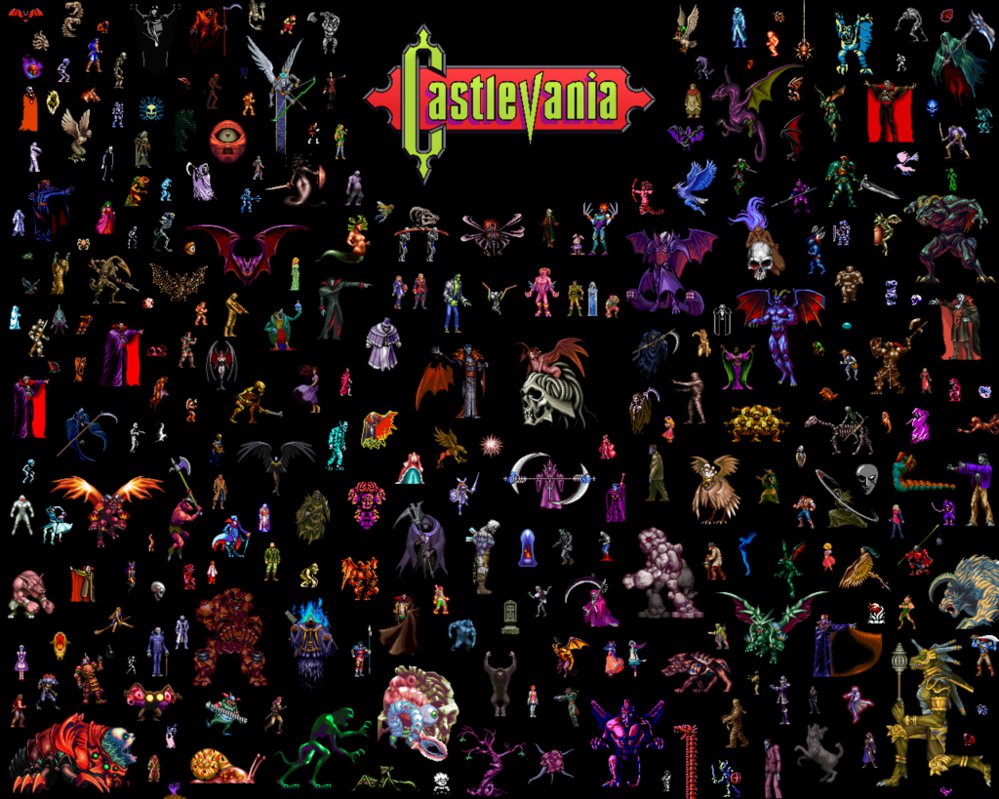 Castlevania wallpaper by Cavevoice on DeviantArt.

Anyway, Konami isn’t doing anything to celebrate the anniversary, but that doesn’t mean that nobody is. The Castlevania series has always been praised for its music, and so I was happy to see that the Bloodstained Kickstarter posted some new songs, reminiscent of the tunes from what’s arguably the series’ high point, Symphony of the Night.

As long as you’re checking out music from the series, you may want to check out the A.V. club’s retrospective on the best track from most of the mainline games. It’s hard to argue with their choices, though it’s difficult to choose just one song from each of these games. If you’d like to hear a more nuanced retrospective on Castlevania‘s music, one of my favorite podcasts, VGMpire, did an entire rock block of four episodes devoted to Castlevania‘s tunes in October of 2012.

With Halloween just around the corner, this might be the perfect excuse to dust off Symphony of the Night and give it another playthrough. S’cuse me while I whip this out.