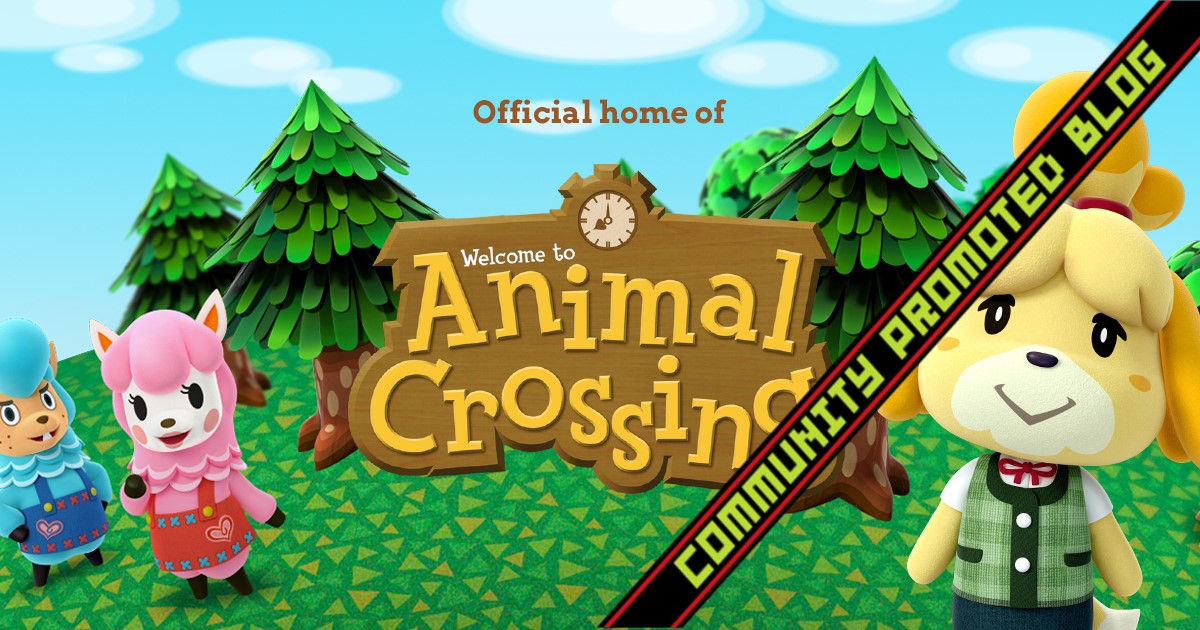 A love no amount of shells can buy

[While Mother’s Day has come and gone, it’s never too late to recall childhood-defining moments regarding the person that so fitfully heaved us into this world. Our new friend Adzuken weaves a beautiful tapestry of how gaming with her mother has left a lasting impact that she still recalls fondly to this day. Wanna see your work featured by Destructoid? Spin us a tale of how your life has been forever altered by this wonderful hobby of ours. – Wes]

Lost in the mists of gaming trivia is the useless fact that Animal Crossing and Star Fox Adventures were released for GameCube a week apart in 2002: September 15 and 23, respectively. I don’t recall what day it was that I found myself in that Zellers, playing the demo kiosk for Star Fox Adventures. I was a young teen at the time, so release dates didn’t carry the same weight as they do for me today — when I could acquire games was more dependent on my parent’s generosity. My mother was feeling generous that day, so I was allowed to bring home one game.

I’d long been a hardcore fan of Star Fox, dating back to my youth on the Super Nintendo, so when I asked for Animal Crossing, it elicited a surprised response. It’s true that I had an interest in both games, but I had been eagerly tracking Animal Crossing since back when it was an anticipated N64 game called Animal Forest (a more literal translation of its Japanese title Doubutsu no Mori). The N64 version would never see a localized release, but it was polished up, expanded, and released on the GameCube.

This was back before I gained the cynicism of an experienced hobbyist, so my imagination ran wild with every article I read. Expecting a more hands-on version of something like The Sims, I dreamt of an immersive life simulator where I lived and worked with the animals. What I got was something that, while I’d hesitate to call it disappointing, fell short of what I had imagined. Animal Crossing was more whimsical, more laid back, and less mechanically deep than what I had imagined it would be. I still dove in and made the best of it, but my experience with the game didn’t become fulfilling until my mom became involved.

“Thanks for shopping by” – Mom jokes. (Image source: mobygames.com)

It would likely be pretty inaccurate to call my mother a gamer, but she does play games, and has as far back as my memory goes. I recall having her beat some of the tricky stages in Super Mario Bros. 3 for me, competing against her in Mario Kart, and finding her spending her mornings and afternoons with Yoshi’s Cookie. Heck, at one point, our competition became so fierce in the first Mario Party that we both developed blisters on the palms of our hands from those confounded analogue stick rotating mini-games. Since leaving the nest, I’ve made numerous attempts to encourage her to take up the hobby more extensively, but her interest in it only goes so far (not that I’ll stop trying).

I’ve got a lot of warm memories involving my mother and video games, but none stand out like the time we spent sharing space in Animal Crossing. Our village was named Funkytow due to the restrictive eight-character limit in town names and the inability for my young mind to leap the logical hurdle that would have lead to the more appropriate name of “Funkyton.”

For the uninitiated, Animal Crossing is a game wherein you move into a small village populated by weird anthropomorphic animals. You’ve arrived woefully unprepared and are immediately given a small, one-room house and shackled to debt by the town’s shop owner, a tanuki named Tom Nook. Paying off your debt is the closest the game ever comes to an established goal, which you accomplish by selling off items like fish or fossils. Otherwise, you’re left to do whatever you feel like, whether that’s harassing the townsfolk or filling up the museum with bugs, fish, art, and fossils. It’s a pretty laid back game, filled with little details, small incentives, and fun things to discover. The passage of time is bound to the GameCube’s internal clock, with certain events only occurring at specific times of day or year. Special events and the promise of new items in the store keep you coming back, and in that way, it’s pretty addictive.

I don’t recall how my mother came to pick up Animal Crossing, but I do know that it was after I had become established in the town. When my mom joined the population, I had already expanded my house, become beloved by the locals, and created a second town to visit on another memory card, from which I brought the town’s second type of fruit. So, when she moved into town, the animals were only too happy to ask if she’d met me and show her all the letters I had sent them, which became increasingly threatening or confusingly short. Trying to convince the animals to send me rare gifts, I often just wrote short messages and included a gift, which resulted in my mother being shown a lot of supposedly treasured letters that just said “shirt.”

Before long, things between my mother and I became adversarial. Not only were we racing to see who could pay off their debt completely before the other person (for the record, she won), but we were trying to trap each other in carefully placed pitfalls, and create a better home. We’d badmouth each other in letters to the animals, and mail each other horrible furniture and clothing that we didn’t want. We’d go into the other’s houses and turn on all the electronics. She’d often run through my flowers to destroy them, just to frustrate me. In retaliation, I dumped trash on her doorstep. She returned fire. When two people are simply competing to see who has the smellier stoop, nobody wins.

Then there’s the time when my mother discovered the second town that I had set up as a way of getting a different type of fruit into Funkytow. I had never intended on keeping the town, so for whatever reason I simply bought a bunch of axes, chopped down every tree in town, and left it to rot. When my mother found the town, she discovered a stump and weed-covered wasteland. What few animals were left in town spoke highly of my alter-ego. When she visited my house, she discovered a barren room containing only an armchair, a wardrobe, and an executive ball-clacker toy still in motion. In the wardrobe? Nothing but axes.

Despite all signs suggesting that she should high-tail it before the crazed axe murderer returned, she went to work and removed all the stumps, replacing them with new growth. Eventually, the town was revitalized.

Mom was always proud of the catchphrases she’d give the animals. (Image source: mobygames.com)

It wasn’t all antagonizing. We’d often cooperate in completing furniture sets and notify each other of the special events going on in town. We eventually bought a Player’s Guide for it, and went through collecting all the oddities. My basement became stacked with playable NES consoles and other games, while mom had her horrible Christmas-themed bedroom collected from the game’s equivalent of Santa Claus. She’d often get me to build snowmen for her, since only the most perfectly-formed specimens would dispense snowman-themed furniture. I’m not convinced I was actually better at constructing them; I’m pretty sure she just didn’t want to be responsible for breathing life into hideously deformed monstrosities.

At one point, my sister jumped into the game while visiting home from university. One of her first matters of business was to create a custom shirt pattern that proclaimed in bright colours that I “suk.” From then on, the animals would frequently change into that slanderous garb, looking me straight in the eyes while wearing it around. They’d proudly boast that my sister had created it and tell me what a talented designer she is, like the whole village had decided to take turns slapping me in the face. There was no getting rid of that design.

The Last Train out of Town

Years later, I’d try to relive my Animal Crossing experience with the roommates I lived with at the time, but there’s no going back. Animal Crossing is an addictive game, but it has limited lasting appeal. The only reason I stayed with it as long as I did was because it gave me an avenue to connect with my mother. It has been easily outclassed by recent Animal Crossing games, including newest core title, Animal Crossing: New Leaf, through which we’ve tried to connect with over internet — but it doesn’t have the same impact as living together in the same town, interacting with the same environment.

Playing Animal Crossing with my mother extended what would have been a short stay in Funkytow to a near three-year stint with the game, drifting in an out. I recall coming home from school and finding my mother playing it from the horribly uncomfortable sofa in my bedroom, and sitting beside her and listening to all the events from the day. I remember spending time in the cool comfort of the basement during the final summer of my youth, looking through our Player’s Guide, trying to find out where you get one last piece of furniture to complete a collection.

When I left for college, the GameCube came with me, and I’ll admit to feeling guilt when separating my mother from the game we’d enjoyed together for so long. My parents would eventually get a GameCube of their own, at which point I handed back the memory card with Funkytow, since I felt it belonged more to her than to me.

In terms of remembering experiences with video games, my mind is an endlessly thirsty sponge. I can easily recall obscure moments like playing Linus Spacehead with my sister in one of my oldest memories, to the games that I was playing in the best and worst times of my life. It’s not by choice, it’s just the way my brain wired itself. All my warmest gaming memories seem to involve my mother; moments that she probably thought nothing of at the time, and likely doesn’t remember now, but left a lasting impact on me that I could wax nostalgic about all day. I’m lucky to have those moments with my mother, and I’m going to do my best to ensure that we make many more worthwhile memories in the future.