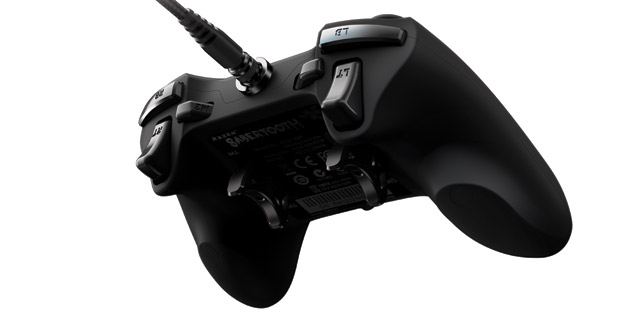 Razer’s Sabertooth Elite Gaming Controller for Xbox 360 might not look all that different based on its front side, but on the back, there are six extra configurable buttons. Designed with competitive play in mind, this device has a built-in OLED screen for easier profile swapping and a cable which screws into the controller to avoid unwanted disconnects.

At $79.99, the Sabertooth is certainly not going to be for everyone. Assuming it all feels comparable to the standard Xbox 360 controller, I could see this being great for shooters since it would allow you to keep your fingers on the twin sticks at seemingly all times.

To lessen the sting, owners of the Razer Onza or Onza TE can get a coupon for $10 off. We’ll have hands-on impressions of the Sabertooth before too long.