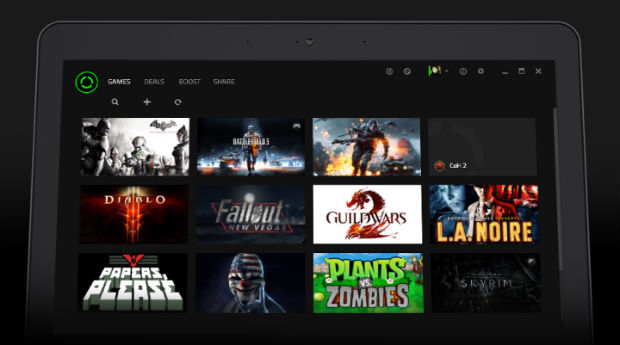 So you can be on the ‘cutting edge’ of game deals! Right?!

Razer has added some new software to its host of programs with Cortex, a frontend where players can shop and compare prices for games, launch games, boost computer performance, back up saves, and record in-game footage. It includes a host of performance boosting utilities from Razer Game Booster, and utilizes the cloud for backing up saves.

Razer Cortex will compare prices across the most popular downloadable game stores and will feature a Wish List feature that will notify gamers when the games on that list drop in price or appear in a store’s discount list. The Deals feature will also include a predictive feature that will suggest other games that the player may like based on their gaming activity.

From now until the official launch of Razer Cortex on September 10, Razer will be holding a two-week long early access event where users can sign up with their Razer ID to join a queue. Participants will be progressively given access to test server performance for the upcoming launch.

Anyone with a Razer ID can join here at the official signup page. Are you going to give it the old college try?