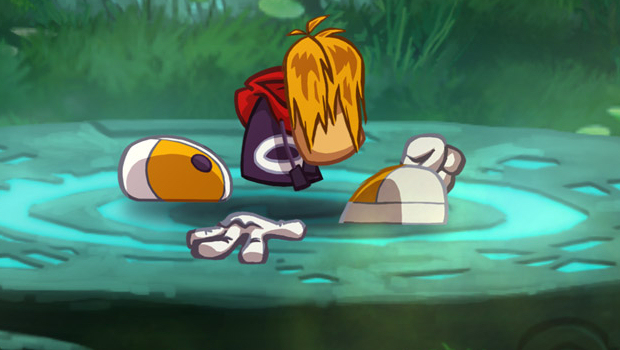 According to Ubisoft, the commercial performance of Rayman Origins could help get Beyond Good & Evil 2 developed quicker, with sales VP Tony Key stating more sales would give creator Michel Ancel more freedom.

“Ultimately, Rayman is [Ancel’s] original creation, and if all the people that love Beyond Good & Evil understand he is more than a one trick pony … and that if Rayman: Origins does well, it gives him more leeway for other opportunities because he has to build up his studio,” explained Key when asked by Industry Gamers. “Just like how Beyond Good & Evil had a whimsical style but included gameplay for adults, Rayman: Origins will appeal to more than just younger gamers.

“Beyond Good & Evil HD is doing very well on PSN and Xbox Live and there’s a lot of people coming back, and if they choose to do a sequel the audience is bigger than before.”

So let me get this straight, Ubisoft. You’re going to release Rayman Origins in the same month as Modern Warfare 3, Skyrim and Assassin’s Creed: Revelations. You’re going to release it on the same day as Saints Row: The Third, and just before Skyward Sword … and you’re telling us that its fucking sales performance may be used as a measuring stick?

Oh, and while I have you — stop using Beyond Good & Evil 2 as a hostage to try and generate sales of other games. It’s pretty damn obvious and about as tasteless as a baby with a boob job.