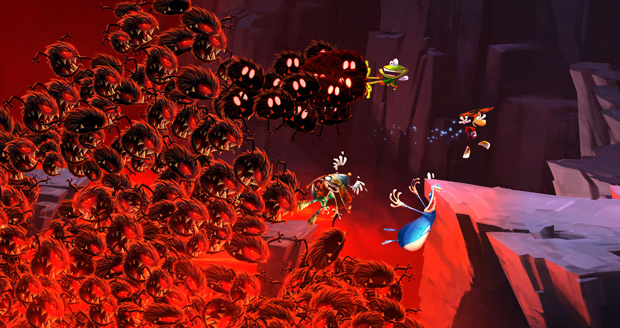 The PlayStation 4 and Xbox One versions of Rayman Legends are releasing earlier than expected, Ubisoft has announced. North America is getting the whimsical platformer on February 18, while Europe will have it on February 21. Pricing, at least on Amazon, is set at $39.99.

The biggest change for the new versions is undoubtedly going to be reduced load times, which were something of a nuisance on last-generation consoles because of the way levels are selected in-game. As detailed before, there’s also costumes based on other Ubisoft properties, exclusive challenges on Xbox One, and TouchPad support on PS4.

Presumably, Legends will look especially crisp running on these new systems, but since this is already one of the best-looking games I’ve ever played, that’s less of a big deal.