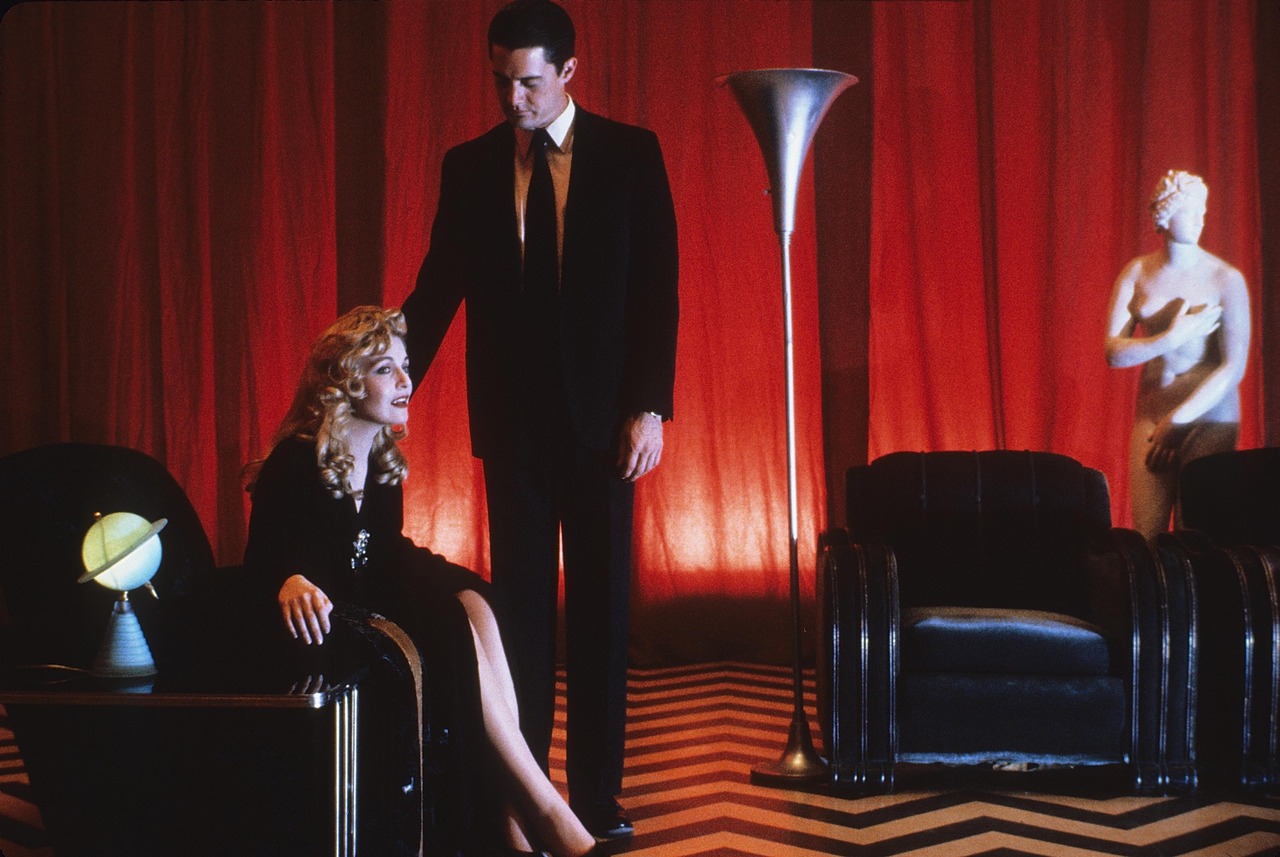 Ding, dong the year is dead

Take a deep breath. If you’re reading this, congratulations. The holidays have come and gone, and we’re one step closer to leaving 2017 in the dust. It hasn’t been an easy year, but here we are: alive, tougher, and desperate for some rest.

The last twelve months were rough. But instead of lamenting all the terrible shit that happened, it’s time to talk about video games. I played a ton of great games in 2017, but the digital diversions and pixelated poems below instilled me with feelings of rebellion and exploration in an oddly prescient and much-needed manner.

Video games are good. Here are my top ten Good Games from 2017.

10. The Legend of Zelda: Breath of the Wild

Breath of the Wild didn’t click for me until early December. For a while, I felt like one of the only people in the world who didn’t ‘get’ Link’s open-world adventure.

And then it finally happened. Four months after dusting off my Wii U and purchasing Breath of the Wild, the focus on system-driven exploration started to make sense. Breath of the Wild isn’t like Link’s Awakening (the only Zelda game I truly love), but it is an excellent example how games can let players define their experience. I’ve spent hours climbing mountains just to paraglide off them as soon as something interesting catches my eye. I’ve hoarded weapons and armor just to play dress up with Link. Hell, I even started caring about the game’s story once I met the champions who haunt the massive Divine Beasts.

I don’t think The Legend of Zelda: Breath of the Wild is the best open-world game ever made, but I love its small towns and tucked-away stables. There’s a vibrancy that buzzes around those outposts that makes the long periods of travel well worth it. Breath of the Wild is comfort food shared around a campfire; relatively simple but easy to appreciate once you dive into it.

The Signal From Tölva is nothing short of amazing. It’s a lean, hyper-focused sci-fi game that draws open-world inspiration from Far Cry and slow-burning exploration of The Vanishing of Ethan Carter and similar titles. It’s a shining example of methodical, deliberate storytelling and subtle worldbuilding that asks players to traverse a mysterious — and downright beautiful — alien planet by hacking and controlling different robots. Tölva, the planet you explore, is home to competing factions, breathtaking ruins, and bizarre broadcasts that patiently push you forward, one clunky footstep after another. The Signal From Tölva isn’t the biggest, breathiest open-world game ever made, but it is one of 2017’s best-kept secrets.

Resident Evil‘s first foray into horror from a first-person perspective is spectacular. It hits all the right beats, blending grindhouse terror with old-school scares. There’s reverence for the series’ origins that drives Resi 7 forward. It begins in a backwater mansion complete with ornate, locked doors and labyrinthian corridors before changing gears and moving in a more modern direction.

The Baker family and their ramshackle house of horrors were a much-needed jolt to Resident Evil‘s shuffling corpse, but Ethan and his impeccable sleeves are what elevate the game to greatness.

7. What Remains of Edith Finch

What Remains of Edith Finch is a ghost story about ill-fated families, and the way bloodlines mythologize those who are no longer with us. It’s a short game that examines a family that’s no stranger to tragedy, intersecting dreamy sequences with introspective narration and impossible architecture to create one of the most memorable stories I’ve ever experienced.

It’s astounding that Wolfenstein: The New Order and this year’s Wolfenstein II: The New Colossus have transformed BJ Blazkowicz from a grimacing face to one of gaming’s most intriguing, human characters. The New Colossus is a difficult game in more ways than one. Its subject matter is both prescient and tough to stomach — violent and relevant — as it tasks players with disrupting the Nazi regime and sparking a revolution on American soil.

I don’t think that The New Colossus is a great shooter. It’s passable, sure, but the game cemented itself as one of my favorites this year on the sheer strength of its writing, cast of characters, and pure, unbridled rage directed towards objectively terrible people.

The fact that Persona 5, a game I’ve waited years to play, is in the middle of this list speaks to the quality of 2017’s releases.

Persona 5 is about rebellion. It’s a flamboyant and punkish picaresque story about saying “fuck you” to the powers that be. The best thing I can say about Persona 5 is that after completing the game in 90-some hours, I wanted to dive right back in and experience it again.

It’s a Persona game. You fuse demons and make friends. What more could you want?

Larian’s latest is quite possibly the best role-playing game ever made. It’s steeped in the bookish tradition of classic CRPGs, balancing strong writing with open-ended, player-driven gameplay.

Original Sin 2 is the rare kind of game that makes you ponder every decision. The lasting effects of completed quests ripple outward, setting chains in motion that have the potential to change how the game’s character view your motley crew. Original Sin 2 is impressive from minute one to hour forty and a must-play for anyone who has even a passing interest in the genre.

NieR: Automata should not exist. It’s the sort-of sequel to one of the weirdest, most underappreciated titles in recent memory. It refuses to conform to genre conventions and has to be beaten a few different times to share its story fully. NieR: Automata is a weird game, but a powerful one.

Every piece of NieR is like a puzzle. Slowly at first what begins as an action-RPG about goth lolita androids shifts into a melodramatic, haunting story about emotion and existence as you discover what’s really going on. There are twenty-six different endings; five of which weave the game’s narrative together across different routes, building upon the relentless nihilism at the game’s core. But NieR is a hopeful game, despite what it spends hour after hour showing you. Deep down, somewhere between the game’s customizable CPU chips that affect everything from 2B’s combat skills to the actual in-game HUD and the rambling lore propping Automata up is a tale of determinism and perseverance that’s inspiring.

2. Night in the Woods

Night in the Woods is the single most relatable game I’ve ever played. It’s about being twenty, weird, and confused about what the future holds. It’s about rebellion and economic anxiety and playing in a shitty band.

There are plenty of moments in Night in the Woods that felt lifted from my own experiences. Mae, Gregg, and the residents of Possum Springs are easy stand-ins for people I know and love. Sleepy towns and listless twentysomethings might not make for the most action-packed game ever, but Night in the Wood‘s honest portrayal of growing up hit me like a ton of bricks.

It’s fitting that the best game of the year has the worst name of all time. PlayerUnknown’s Battlegrounds is, simply put, the best shit ever.

PUBG‘s premise is pure. One hundred players parachute out of a plane, land on a big island, and fight until one person is left standing. But for as simple as it is on paper, the battle royale shooter is a complex and full of emergent gameplay that keeps pulling me back in for more. After nearly 150 hours and ten-plus victories (or, chicken dinners), I can’t stop playing PUBG. I don’t think I ever will.

Battlegrounds is the platonic ideal of a shooter. It’s dynamic and unpredictable, satisfying and immensely difficult. There’s no way to guarantee a victory, no sure-fire method of ensuring kills, just a map, some guns, and a playground of destruction. The sheer tactical variety that PUBG affords players isn’t immediately apparent. It takes dozens of matches even to start to feel comfortable looting and moving towards the randomly designated play zones. That a game can seem so straightforward —shoot, don’t die, win— but still be so intricate and fun to play is the hallmark of excellence. Much like my favorite game of 2016, Stardew Valley, PUBG is one of my forever games.