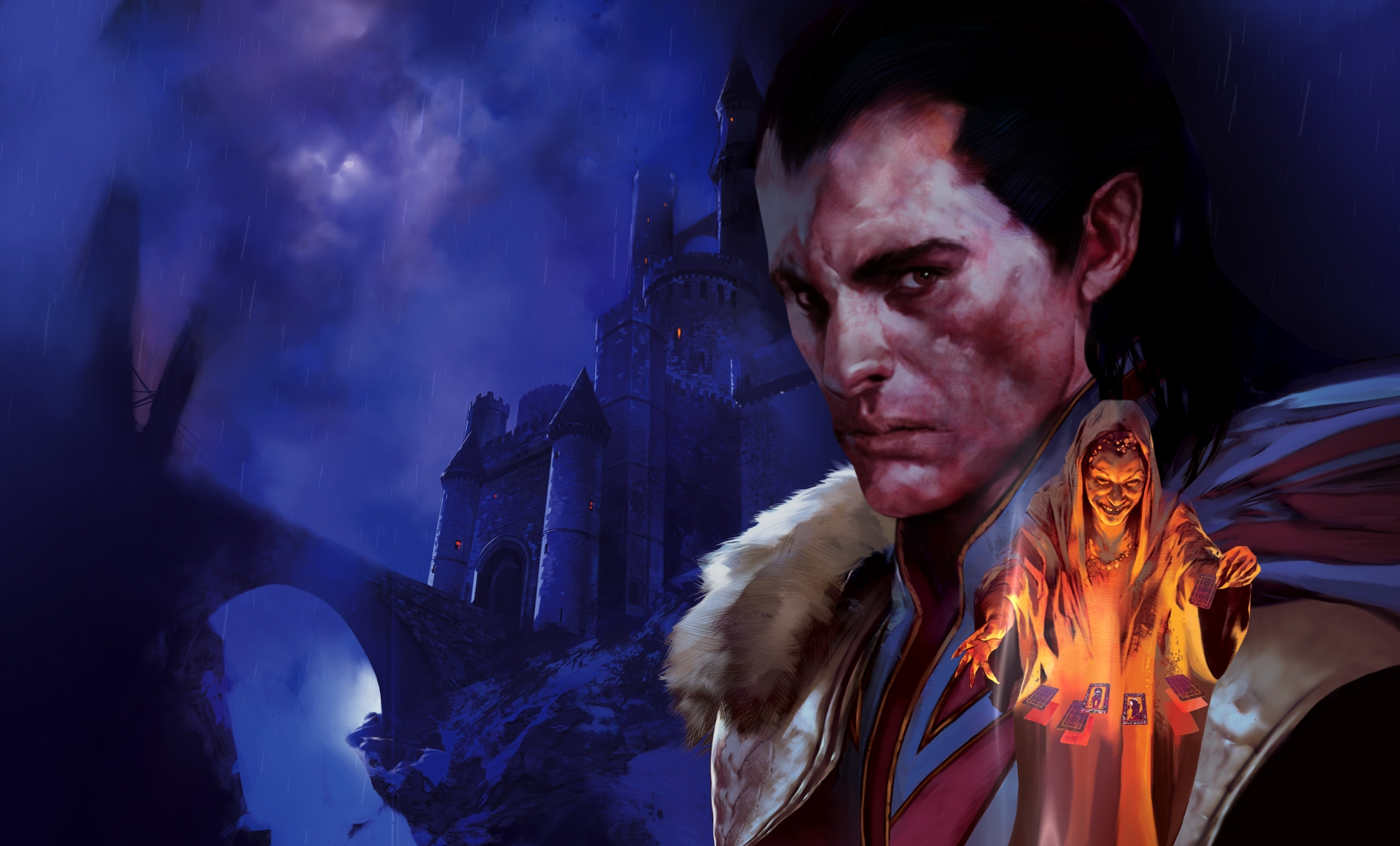 Mmm, time for some gothic horror

The fifth edition of Dungeons & Dragons is taking a needed break from the Forgotten Realms setting with their next adventure book, Curse of Strahd. Castle Ravenloft, first introduced in Advanced Dungeons & Dragons in 1983, will usher new players into the world of Gothic Horror.

The iconic Count Strahd von Zarovich, a man who became a vampiric necromancer after killing his brother in hopes of earning a woman’s love, will be returning as the main villain. Gale Force Nine (D&D accessory extraordinaire) is introducing a tarokka deck that gives Dungeon Masters the ability to draw cards and change the adventure it’ll be different every time it’s played. This adventure is for characters level 1-10, which I like since it means I might actually finish it.

Curse of Strahd comes out on March 15, and it’ll cost $49.95. I’m ready to bust out the eyeliner and play Samhain during my next session.