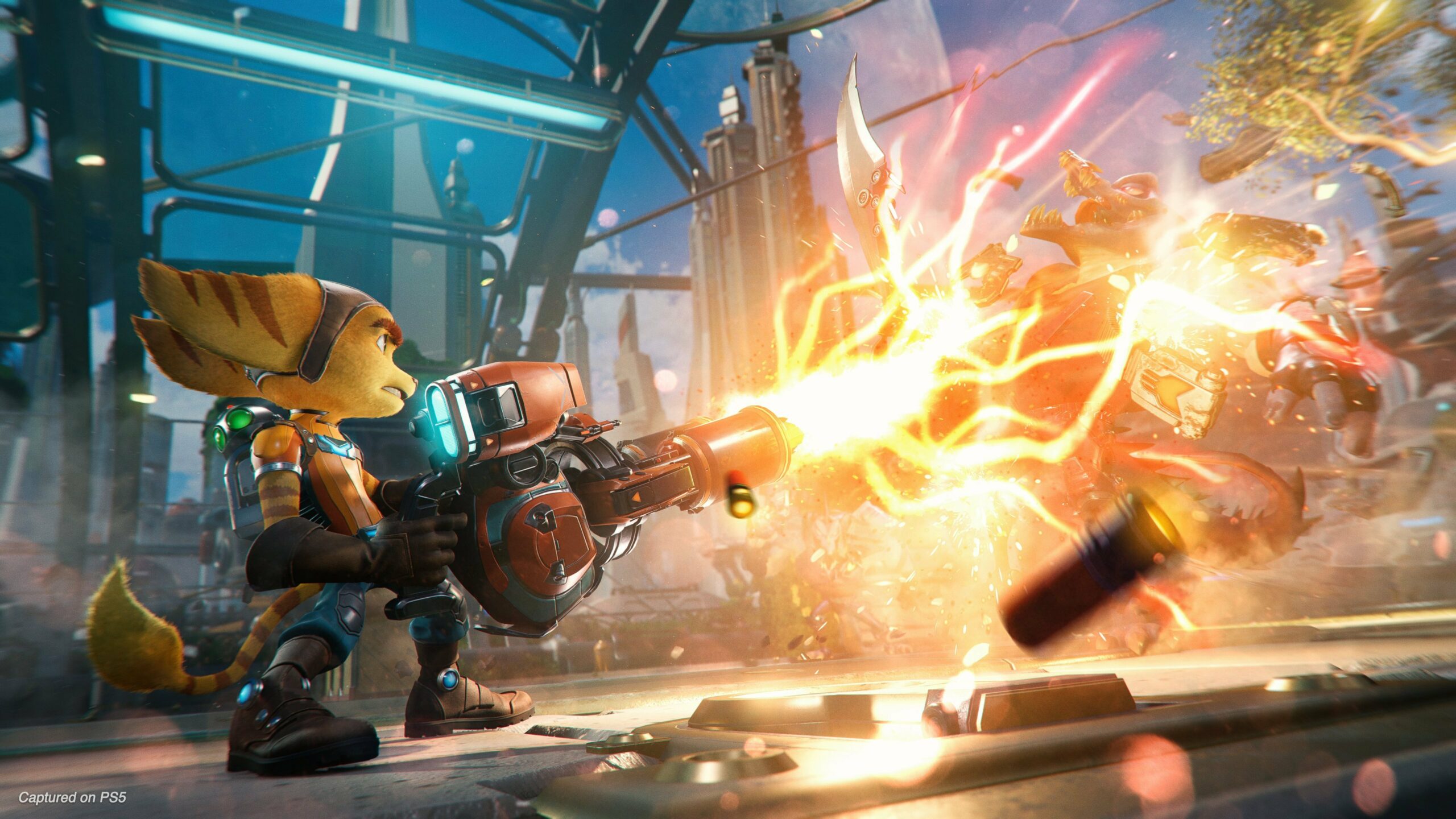 Which side of the fracture do you fall?

As the capstone finale to yesterday’s gamescom: Opening Night Live, Insomniac Games shared an extended gameplay trailer of the PS5’s Ratchet and Clank: Rift Apart. It was a delightful little look at all the nuts and bolts of this interdimensional mechanical shooter. Later, Insomniac confirmed that Rift Apart is squared away as a “PS5 launch window” title, assuring everyone it’ll be one of the first(ish) games you can play on new hardware.

Today, through an interview with Japanese publication Famitsu, Insomniac revealed a new tech target for Ratchet & Clank. It’ll have a dedicated performance mode that ups the framerate from 30fps to 60fps:

There are two schools of thought here, and it’s very much a “glass half-full/empty” kind of situation. On one hand, great! Ratchet and Clank: Rift Apart will be buttery smooth at 60fps and the dip in resolution — down from 4K with ray tracing effects to likely either 1080p or 1440p — will be worth it.

Other people are left wondering what we’re even doing here. Shouldn’t the new consoles be able to hit 60fps as a default? We’re still talking about 30fps for the next generation too? Why does this even warrant a PlayStation 5 when it sounds like something the PS4 Pro (minus ray tracing) could pull off?

There’s merit to both sides but the latter probably has their expectations a little too high. Developers are usually going to prioritize making their stuff look as incredible as possible, and 4K with ray tracing is the type of technical showcase that Sony can hang its hat on. The performance mode is an option that PS5 affords. But you don’t get to have your cake and eat it too, not quite yet at least.