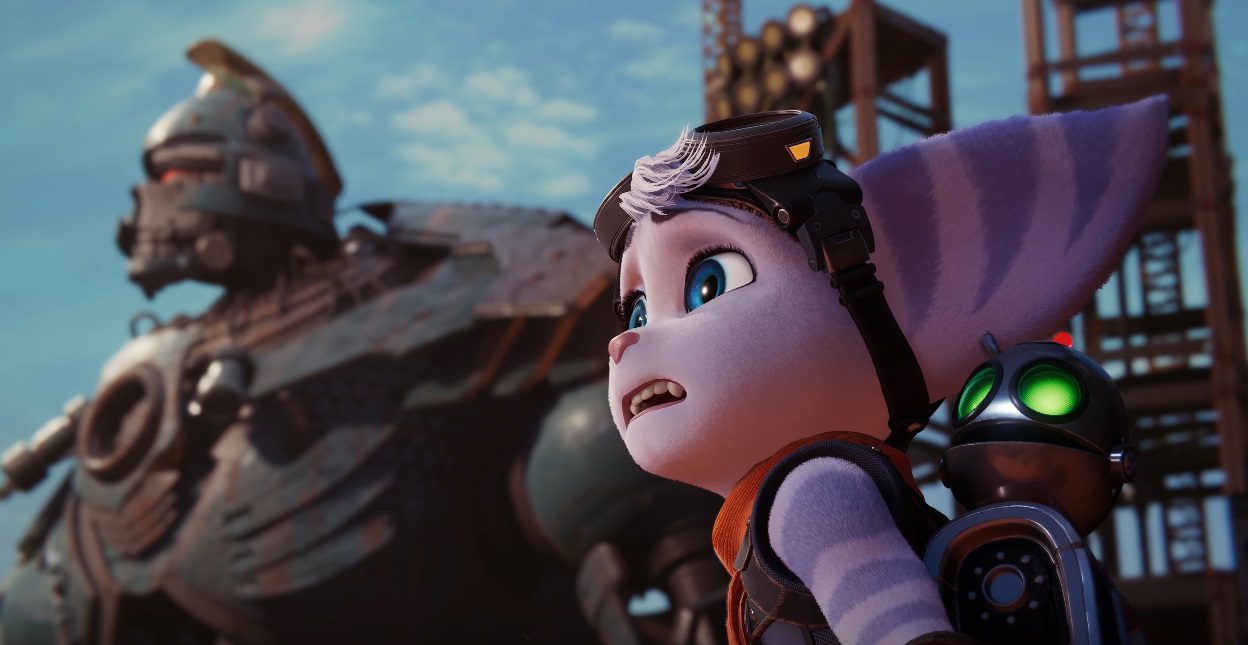 Ratchet & Clank: Rift Apart can most assuredly be called a “next-gen” title. With each and every video, Insomniac Games’ world-hopping adventure looks bigger, brighter, and better than before — at least in regards to its delightful aesthetics and modern-day technology.

Sony has released a new story trailer to bring us up to speed on the title’s split-universe narrative, ahead of its PS5 release on June 11, just two short weeks away. Ratchet & Clank: Rift Apart sees the titular twosome divided by a cataclysmic world event, causing alternate universes to smash into each other, with predictably chaotic results.

With the aid of a mysterious new ally, Rivet, Ratchet and Clank must find a way to reconnect, before taking on the nefarious Emperor… umm… Nefarious, reconnecting the split dimensions, and saving not only the day, not only the world, not only the universe, but multiple universes. All in a day’s work for our intrepid trio, surely?

The short overview trailer spotlights the sequel’s stunning Pixar-quality visuals, dazzling visual effects, and ambitious “Rifting” mechanics — courtesy of the PS5’s SSD power. Of course, none of the above matters should the gameplay not be up to scratch. But at this early stage, Ratchet & Clank: Rift Apart is looking to set the bar in regards to declaring to the gaming community that the ninth generation, most assuredly, is here.