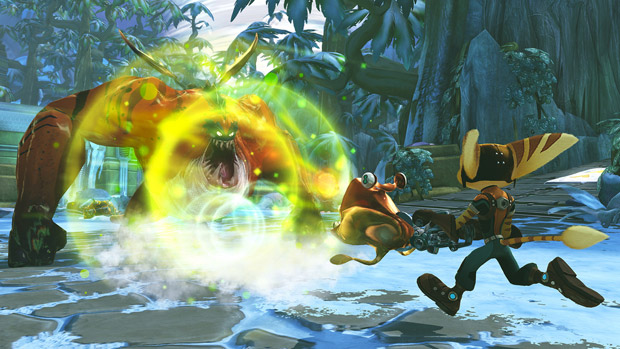 It’s been a long time coming

After being delayed in order “to provide the best gameplay experience possible,” Ratchet & Clank: Full Frontal Assault will finally be playable on PlayStation Vita. Tin Giant has finished development on this portable version of the PlayStation Network title and will release it on Tuesday, May 21.

In an attempt to garner some goodwill, Ratchet: Deadlocked HD will be offered as a freebie to players who own Full Frontal Assault for PlayStation 3, a nice little bonus in addition to the ability to transfer FFA over to Vita thanks to Cross-Buy support.

Over on the PlayStation Blog, Insomniac has further details on an upcoming map, including a trailer, as well as a 2v2 mode intended for hardcore players.

Filed under... #Insomniac Games#PSN#PSVita#Ratchet and Clank