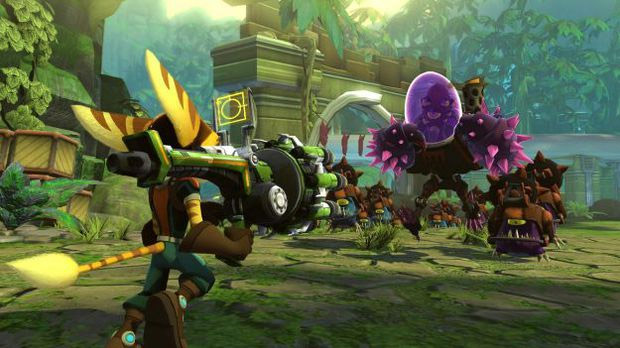 While the next Ratchet & Clank game will be available digitally on both PlayStation 3 and PlayStation Vita, the latter version won’t be released until January 2013 due to a delay for what sound like quality concerns. In SCEA producer Greg Phillips’ words, the push is “to provide the best gameplay experience possible.”

By purchasing Full Frontal Assault for PS3, which launches on November 27, players will still get the portable edition for Vita with cross-save and cross-play functionality when it’s done next year. To make up for the delay, the first downloadable content — the Mini-Boss Skin Pack, pictured below — will be given out as a freebie to those buyers.