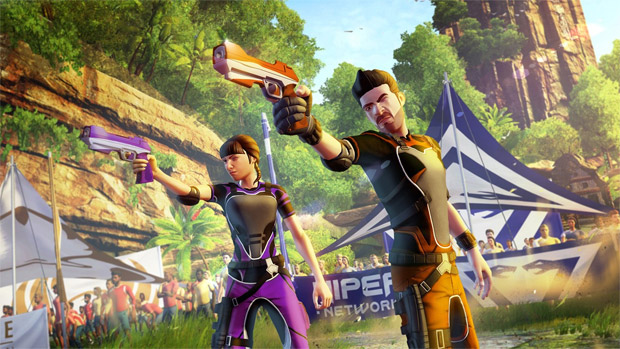 ‘A lot of people want to do stuff with Banjo’

It doesn’t seem to matter what Rare is working on these days. (For the record, currently, it’s Kinect Sports Rivals.) If it’s not one of the studio’s beloved properties, there’s going to be pushback from fans who have been waiting years for their return. There’s a desire to work on these franchises internally as well, creative director Simon Woodroffe tells OXM.

“We’ve got an idea for [Perfect Dark],” he said. “It would be controller plus Kinect. We’ve got ideas for most older Rare IP, you won’t be surprised to hear. There’s quite a lot of desire to do that, and Viva Pinata, Conker… Banjo‘s very popular internally, a lot of people want to do stuff with Banjo.”

The studio’s drive, Woodroffe says, is to give people new types of experiences by leveraging technology in creative ways. “We want to find that thing that nobody’s ever done before and make a game out of it. We should be inventing new genres, inventing new ways to play. And this sensor gives us new opportunities to do it, with the fidelity it has now.

“When we launched Kinect obviously there was a big focus on ‘everything must be Kinect.’ Now it’s in the box [with Xbox One], use it where it make sense, don’t where it doesn’t. It can be used in some really — not gimmicky ways, which is what I think you’ll see a fair amount of — but ways that actually really enhance the game.” A proper Viva Pinata sure would hit the spot, Rare.