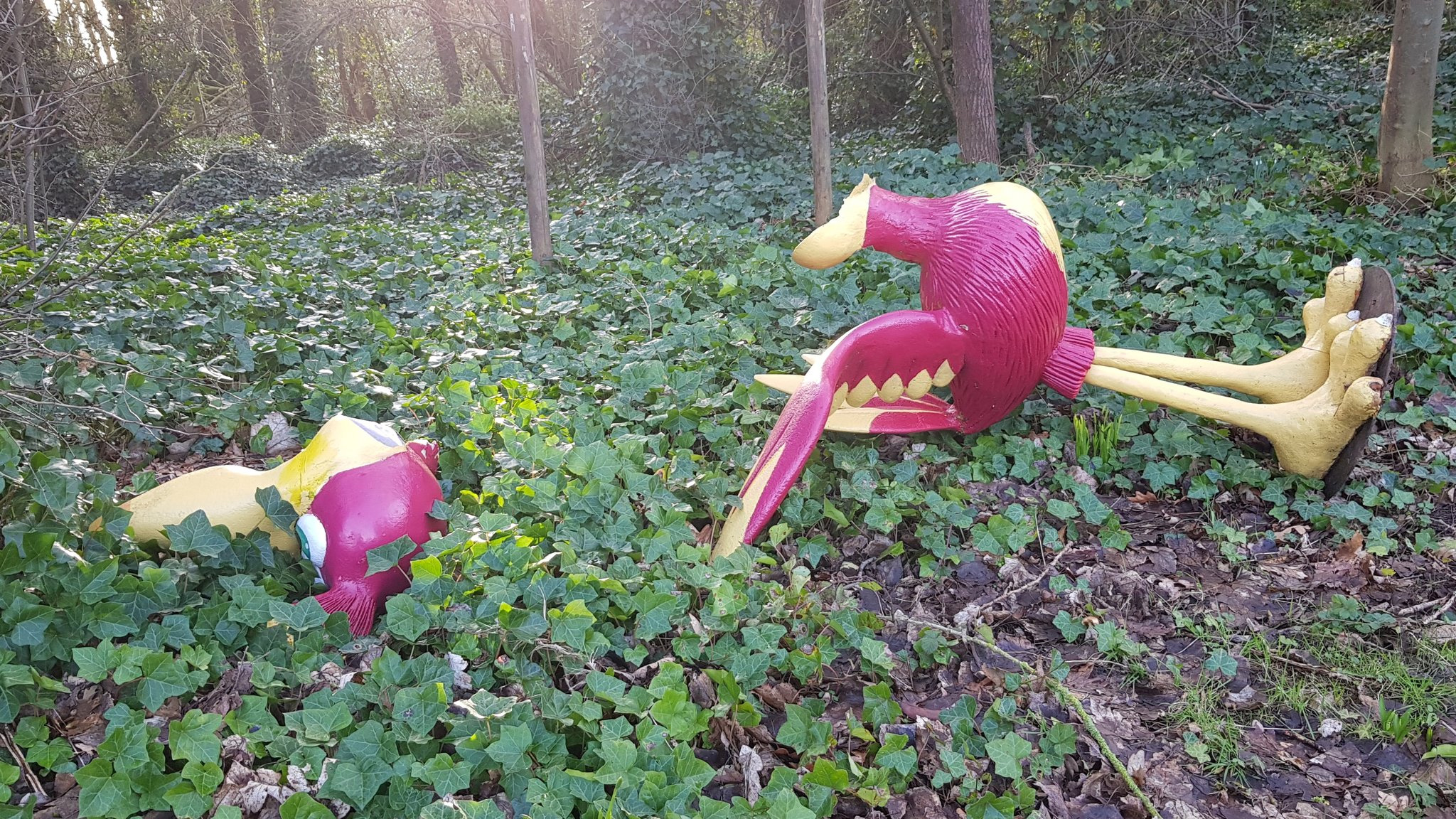 Whenever a major storm makes headlines, I’m bound to run across entirely too much footage of stomach-turning airplane landings, and I just can’t with that, you know? Storm Ciara is no exception.

The UK has been battling harsh winds, and over the weekend, they took a toll on a prized possession at Rare’s office. The studio itself is “unscathed,” but Storm Ciara managed to break the Kazooie statue.

The studio got by unscathed but #StormCiara did claim a few casualties on its way through the Rare grounds yesterday. Thanks weather! pic.twitter.com/l9yvIZ5m5s

Banjo, on the other hand, is busy grinning like a madman, ready to collect your soul.

Update: Kazooie has been rescued for repair and will be back to eyeing everyone sassily as they drive into the car park soon.

For better or worse, the statue looks like it’s straight out of a late-’90s time capsule.