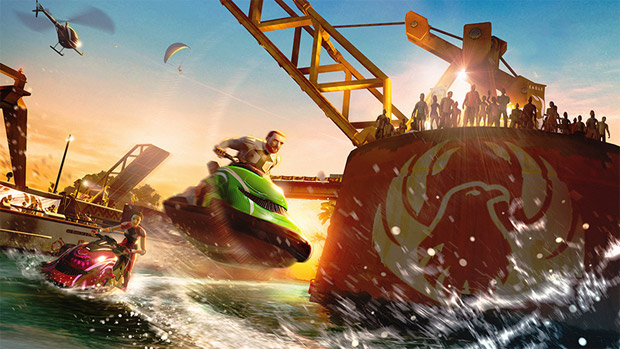 Teases that ‘there are always games we’d love to build’

Rare’s Kinect games aren’t showing signs of slowing down as much as some of us would probably like that to happen so the studio concentrates its efforts elsewhere. “When you look at the Kinect Sports franchise we’ve sold over eight million units,” Kinect Sports Rivals executive producer Danny Isaac told OXM. “That’s pretty impressive, for a franchise like that. So we’re still talking to a very vibrant audience out there.”

Isaac says he’s not frustrated by the fact that the series generally isn’t doing it for so-called core gamers. “We do have a cynical, more hardcore audience who think it’s not for them, but when those people have come up and played they’ve actually been pleasantly surprised by how accurate it is — I would say the Preseason wake-racing is as good as any racing game out there, from a fun point of view.” Which is all well and good but it’s still a Kinect-centric racing game.

The studio has once again pointed out its awareness that we like the older intellectual properties (see: the good stuff) — but that’s where the conversation abruptly stops. “Of course we always look at our back catalog, we look at what’s going on, and there are always games we’d love to build. Some of them Kinect-based, some of them not.”

Looking ahead, Isaac said “Obviously we’re going to be closely linked to that [Kinect] technology, we’ve invested a lot of time over the years, and we’ll keep pushing it, advancing it.”