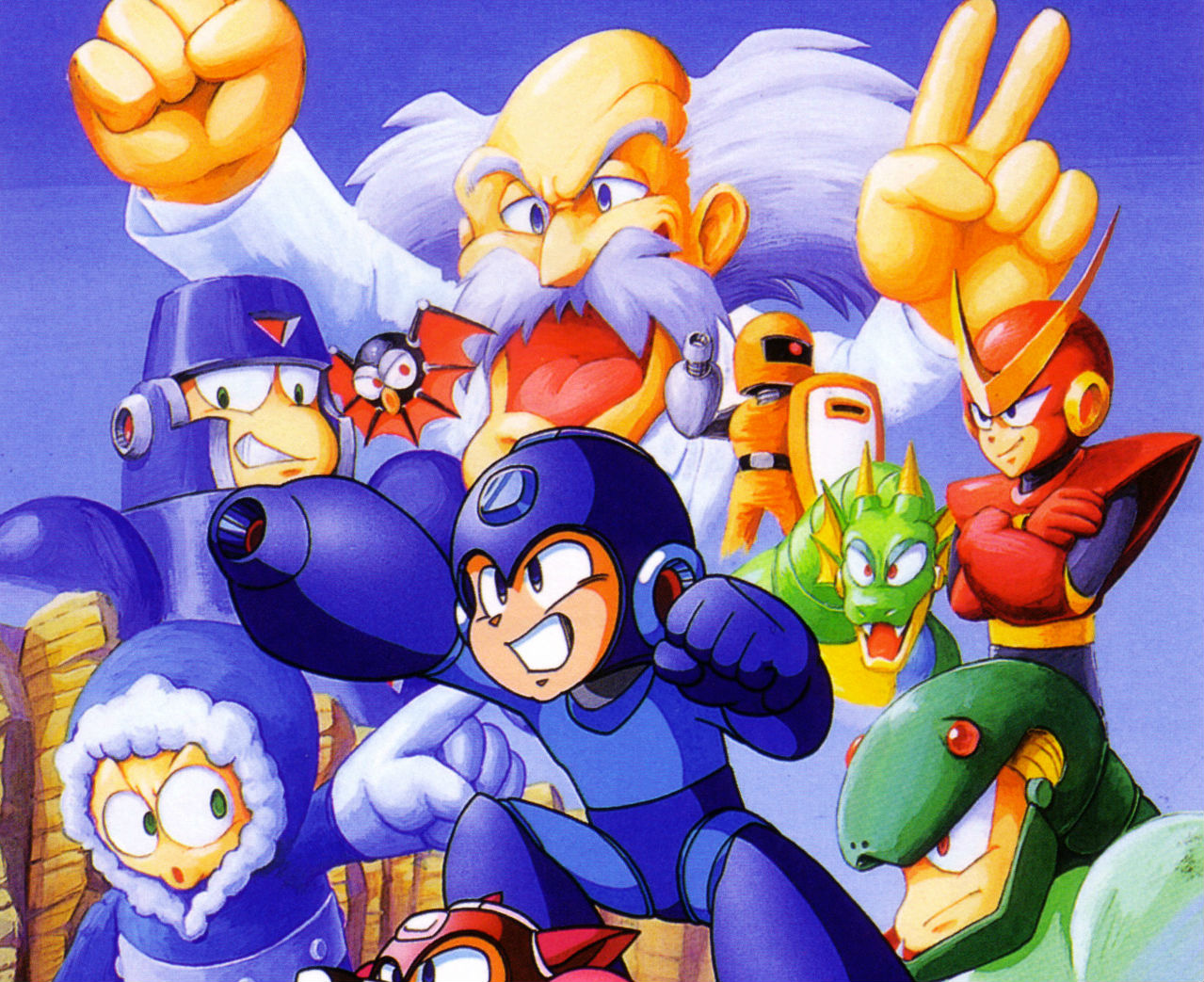 Every hardcore Mega Man fan knows the story behind the elusive Wily Wars. Originally released in specific regions in cart form, it served as a compiled version of the first three games, very much like the SNES Ninja Gaiden Trilogy (see, remasters/remakes are an old thing!), but with remade visuals.

In North America, it wasn’t as easy as going and grabbing a cart from your local shop. Instead, us poor saps were a the mercy of the ill-fated Sega Channel, which was not widely supported and died off several years after its launch. As a result one of the only ways to obtain a legal copy of Wily Wars in the US is through that little tiny blue and black device in the bottom left hand corner of this picture (see it, right under Proto Man?) called the “At Games Ultimate Portable Game Player.”

For years folks have wanted to see it on a bigger stage, and it seems like Sega and Capcom have finally acquiesced. Announced this morning, 10 more games for the Sega Genesis Mini have been revealed and Wily Wars is among them. The other nine are Street Fighter II: Special Champion Edition, Ghouls ‘n Ghosts, Alex Kidd in the Enchanted Castle, Beyond Oasis, Golden Age, Phantasy Star IV, Sonic the Hedgehog Spinball, Vectorman, and Wonder Boy in the Monster World.

As a reminder the Genesis Mini launches on September 19 of this year for 80 bucks, and will include 40 games. It’ll be based on “the original Model 1 Genesis which launched in October 1988 in Japan, August 1989 in North America, and November 1990 everywhere else. It weighs in at 55% of the original Genesis’ size, and the box will net you two three-button replica controllers, one USB to micro-B power cable, one power adapter (North America only, bummer), and one HDMI cable.  Retro-Bit SEGA Genesis and SEGA Mega Drive 6-button controllers will be available in “late August” for $19.99.

M2 will be handling porting duties, and the “final 10” games will be unveiled in June, presumably around or during E3. You can find a full list of revealed games below.