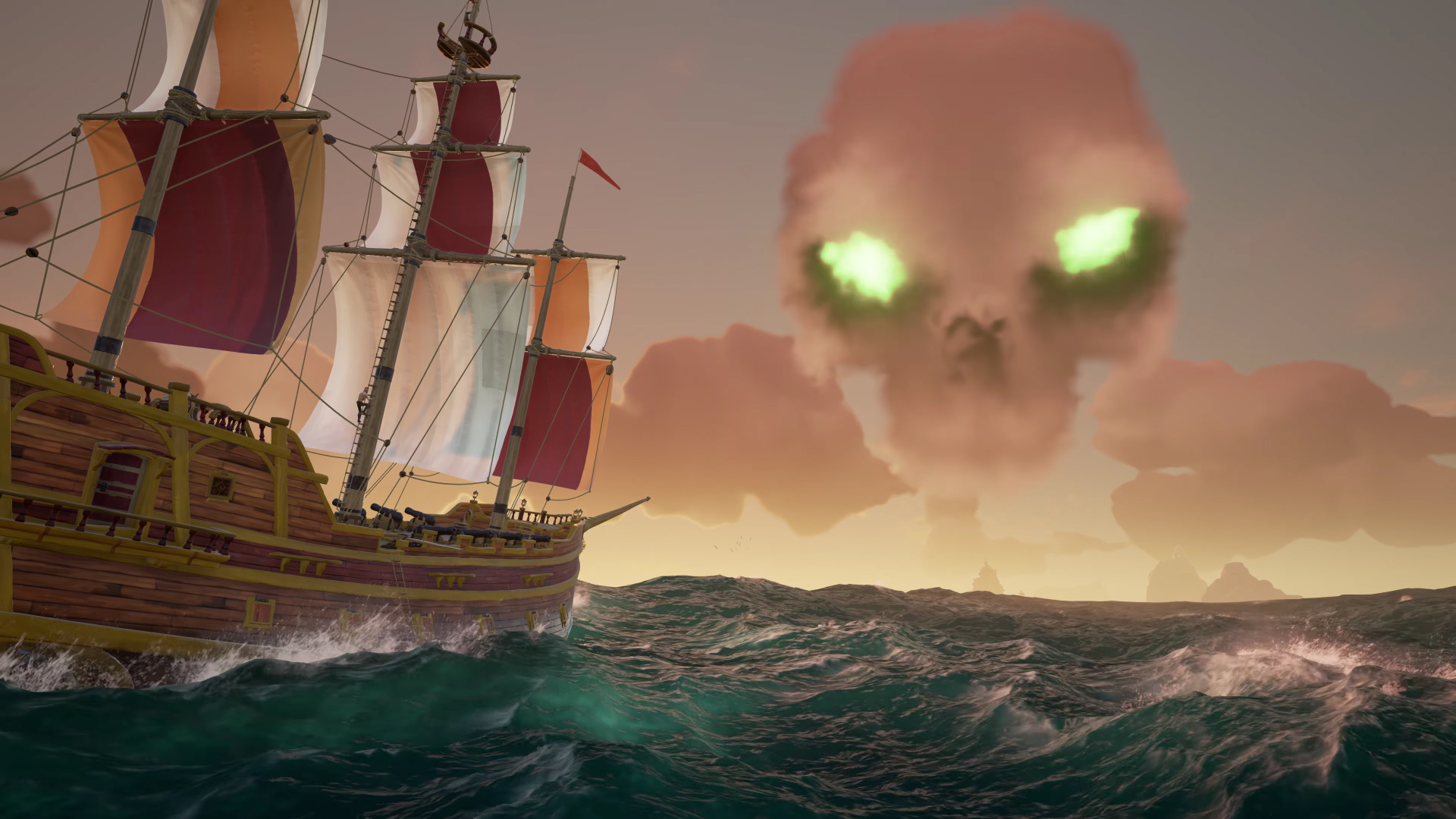 It’s finally starting to come together in my head

I’m on board with Sea of Thieves. I have been for some time now. But there’s still one question hampering my excitement for Rare’s multiplayer pirate adventure: how long will it last?

Long-term player progression and motivation has been a concern with this game and today’s video attempts to address some of those points with a look at quests, customization, and factions.

Much of the structure — aside from just getting into trouble with your pals on the open sea — revolves around building your “reputation” by climbing the ranks at NPC-run trading companies. The Gold Hoarders are after buried treasure chests, the Merchant Alliance deals with transporting cargo, and the Order of Souls will send you off to skirmish with skeleton pirates and raid fortresses.

In short, they all specialize in different playstyles. Each faction will offer its own voyages (quests) that you can bring to your crew as a physical object, look over together, and choose to embark upon.

“Based on the reputation you’ve built with each trading company, your voyages will not only become richer and more rewarding, but they’ll challenge you more and introduce more mechanics,” explains design director Mike Chapman. And even if your mates are at different reputation levels, you can still band together. “There are no barriers in place preventing players playing together.”

Time will tell if Sea of Thieves can hold my interest after the honeymoon period ends but I like what I’m hearing. Here’s hoping Rare will be able to meaningfully build on the game after release, too.