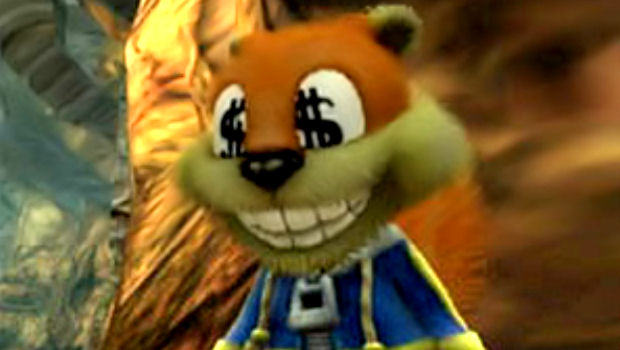 It’s no secret that Rare has suffered one of gaming’s most trafic falls from grace. Once considered the cream of the British developer drop, Rare’s eventual subjugation by Microsoft and subsequent software output pretty much killed the company in the eyes of fans. For one major Rare fan site, however, the final nail was only recently hammered into the coffin.

MundoRare, a fan community with a decade-long pedigree, has closed its doors after one last-ditch attempt to instill faith in Rare was shut down … by Rare itself. MundoRare was planning to shoot a documentary about the studio, for no money at all, to be distributed online and via Xbox Live. The site’s staff were becoming jaded with Rare after years of mis-steps, and this documentary was their way of getting the faith back.

Already struggling to justify its own continued existence, MundoRare was in talks about the ambitious project, until Rare pulled the plug, claiming that the documentary wouldn’t be “on message.” That basically means Rare’s corporate attitude killed the last bit of love that a loyal fan community had for the developer.

“Despite its ambitious scope, we felt it was an irresistible offer,” explains the site. “In fact, we are still puzzled over their response. It was a risk-free operation to be carried away with all legal safety measures deemed necessary and full of good intentions. It simply makes no sense. It has changed our perception of Rare forever and leaves us with no other option but to end our support for them.”

This just goes to show what a corporate-minded factory Rare has apparently become. To turn down a free and loving celebration of its history due to nothing but petty concerns for making sure the company line was towed, is not the kind of pathetic mentality I’d expect from any developer, let alone Rare. I think it’s safe to say that any hope of the studio getting back its glory days is well and truly dead. But hey, at least they have a Wii Sports clone in the works, right?