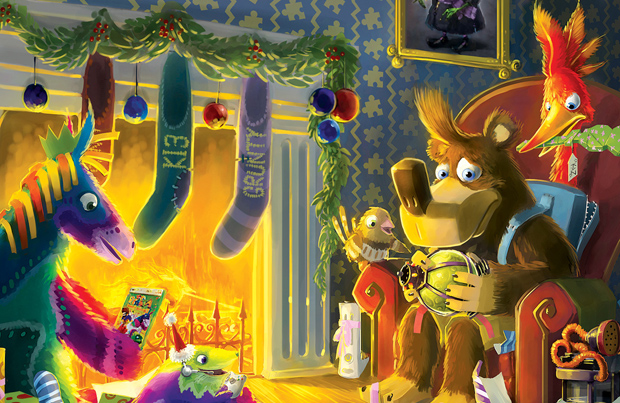 We all know what we’d like them to do

You know, it’s gotten to the point where I’d take just about anything from Rare over another game made exclusively for Kinect. It doesn’t even have to be a new Banjo-Kazooie, Viva Pinata, or Perfect Dark — just something that uses a standard gamepad, not motion controls. That’s where I’m at, these days, and I say all of this as a huge fan of those series.

Speaking to OXM, head of Xbox Phil Spencer said the studio “has just come off the successful launch of Kinect Sports Rivals. I think I’ve heard a few times from people asking about Rare — they’re in the process of evaluating what they want to do next, and we’re working closely with them to see what their new project will be.”

In prior interviews, Rare has expressed interest in returning to its rich back-catalog but I’m not convinced that will happen anytime soon. Perhaps the company will move away from Kinect now that it’s becoming optional, perhaps it’ll double down on the device for that same reason.

According to Spencer, “if you’re around any independent studio, or like Rare, a studio that’s independent-minded, you’ll know that forcing a studio to do something is never a successful equation. So they’re free to look at all different kinds of opportunities, they always have been, and we’re having a great time trying to work out with them what their next game might be, but we have nothing to announce right now.”