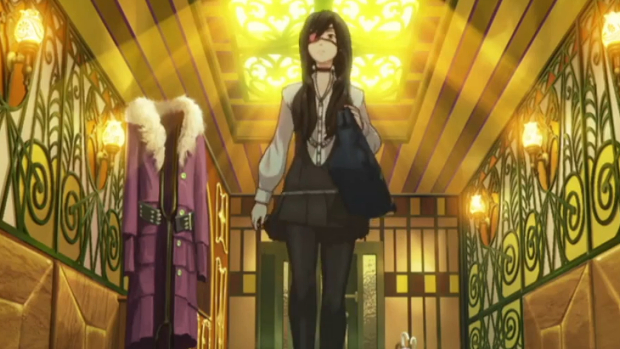 Ranko Tsukigime’s Longest Day will serve as the concluding piece to Short Peace, a four-part animated anthology from Akira creator Katsuhiro Otomo. I need to see this film so badly. Just look at the art in those trailers.

Meanwhile, we also have a longer look at Ranko Tsukigime’s Longest Day, which will have its own share of anime cutscenes, it seems, as well as some almost indistinguishable 3D art that looks 2D. I assume the giant, angry Pomeranian comes from Tokyo Jungle director Yohei Kataoka, who is directing.

Some other notable talent involved: Suda51 (Killer7, Killer is Dead) is the scenario writer, Akira Yamaoka (Silent Hill, Sine Mora) is composing, and Yusuke Kozaki (Fire Emblem: Awakening, No More Heroes) is among the character designers.

I need this game (and film!) so badly. It’s going on sale January 16 in Japan. A domain registry from a few months ago hints at the possibility of localization for Ranko Tsukigime’s Longest Day, which would be a welcomed longest wait.