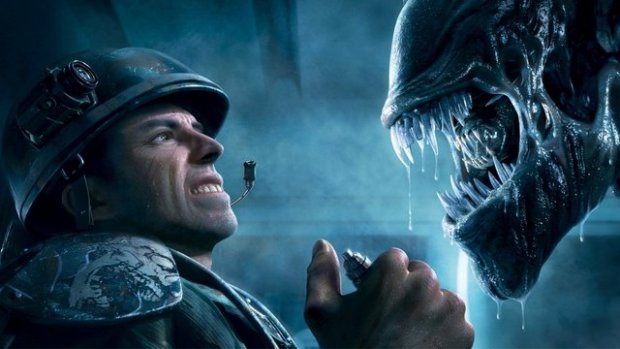 Gearbox CEO Randy Pitchford raised his head above cover today, making a few indirect Tweets regarding the controversial Aliens: Colonial Marines launch. While he didn’t provide an explanation or an apology, he did make it clear that he doesn’t consider himself a liar.

“I’ve always profited from criticism and, thankfully, I have never been in short supply,” he said. “However, insult or threaten me and I want nothing to do with you. Expect block/ban/whatever I can do.”

One person replied to Pitchford’s pleas by telling him nobody likes a liar. The man who oversaw Colonial Marines fired back with a denial, and an assertion of his noble ambitions.

“No one likes to be called a liar, especially if their intent was pure and they always spoke the truth when they spoke it,” he claimed.

Sympathetic stuff, if one is indeed inclined toward feeling sympathy for the face of a company very much under harsh scrutiny. Whether or not you believe the rumors of Gearbox’s duplicity and shoddy work ethic, the fact remains that Pitchford has a lot of explaining to do when he can finally muster the soul to speak more directly.

He doesn’t consider himself a liar, but the basic evidence on display leaves room for few alternative interpretations.

I feel lied to. I spoke to Pitchford about Aliens: Colonial Marines, and he talked to me about the game’s “next generation lighting” and other awesome features. He promised things I never saw, he showed a room full of writers things that would never make it to the final product. At this stage, and after days of silence, it doesn’t matter if Pitchford believed the words coming out of his mouth when he spoke them. That won’t stop those of us he said them to feeling grossly misled.

Personally, I feel embarrassed by the interview I conducted with him. One feels like a chump when they, in their enthusiasm for a game, publishes an optimistic interview with a guy whose words turn out to be little more than ash in the wind. Thanks to this interview, and indeed the entire Colonial Marines debacle, I’ve gone off the idea of previews entirely. I’m sticking to reviews, so I can have real code and be sure it’s not some chicanery. To use an already overused Aliens quote — it’s the only way to be sure.

The road to Hell, as they say, is paved with good intentions. Pitchford could have started Colonial Marines with a pure ambition in mind, or he could have been scamming from the start. Either way, the sad and sorry result is the same. Either way, nobody from Gearbox came clean about the changes between the promised Aliens and the final version. Either way, Gearbox allowed customers to keep on thinking they’d bought something totally different from what they got.

And the people accusing Randy of lying to them certainly aren’t to blame for that.