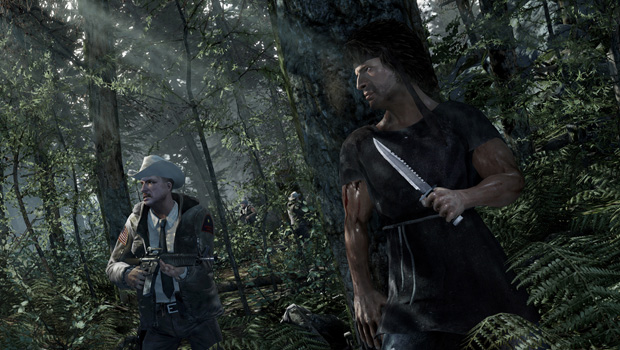 Not by the hair on my chiny chin chin!

I completely forgot that there was a Rambo game, which covers events from the first three movies, coming out for PS3, 360, and PC. It looks so jank. Polish developer Teyon doesn’t exactly have the most spectacular of resumes.

So rather than pick apart what’s wrong with this trailer, let’s talk about Green Jellÿ instead. Remember Green Jellÿ? They had that sick-ass “Three Little Pigs” song in the early 90s. At the end, the third pig calls up Rambo to deal with the wolf, and he’s all like, “Yo, wolf-face! I’m your worst nightmare! Your ass is mine!” Then he’s all like, RAT-AT-TA-TA-TA-TAT-ATA-ATATA-TA, and the wolf is f*ckin’ dead!

Screw it! Here’s the music video: