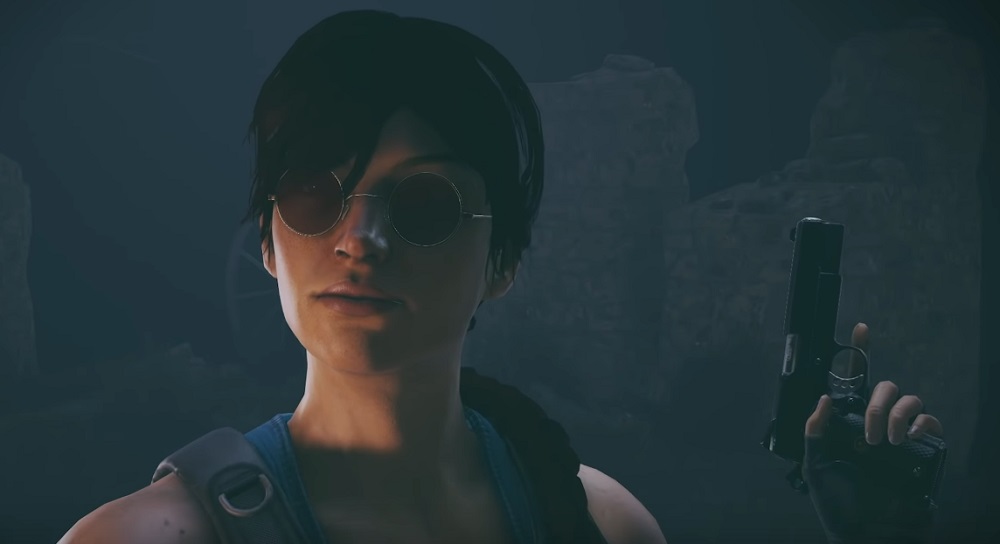 I draw the line at dinosaurs

This weekend was an absolute bonanza of exciting news for Rainbow Six Siege fans. We heard details of the upcoming Void Edge event, plans for Years 5 & 6, and mouths were left agape at the coming of Holy Tachanka. As if all this wasn’t enough, Ubisoft Montreal also revealed that Siege is set to pay tribute to one of gaming’s most famous characters: Lara Croft.

This crossover will manifest itself in the form of a new Elite skin for Siege‘s lead gal, Ash, and will see the SWAT operator get her cosplay on as the iconic tomb raider. The dev team have gone for Ms. Croft’s ’90s look – comprised of vest, shorts and tinted shades – rather than the more contemporary outfit of modern Tomb Raider titles. You can see Ash in her fancy new duds in the trailer below.

As with all Elite skins, The “Ash Tomb Raider” bundle will include a character skin, an exclusive victory animation, and a cute chibi charm, as well as themed skins for her weapon loadout and her wall-ripping M120 gadget. The bundle is expected to go on sale soon after the start of the new season.

As a crossover, it sure makes a helluva better fit than Gris.