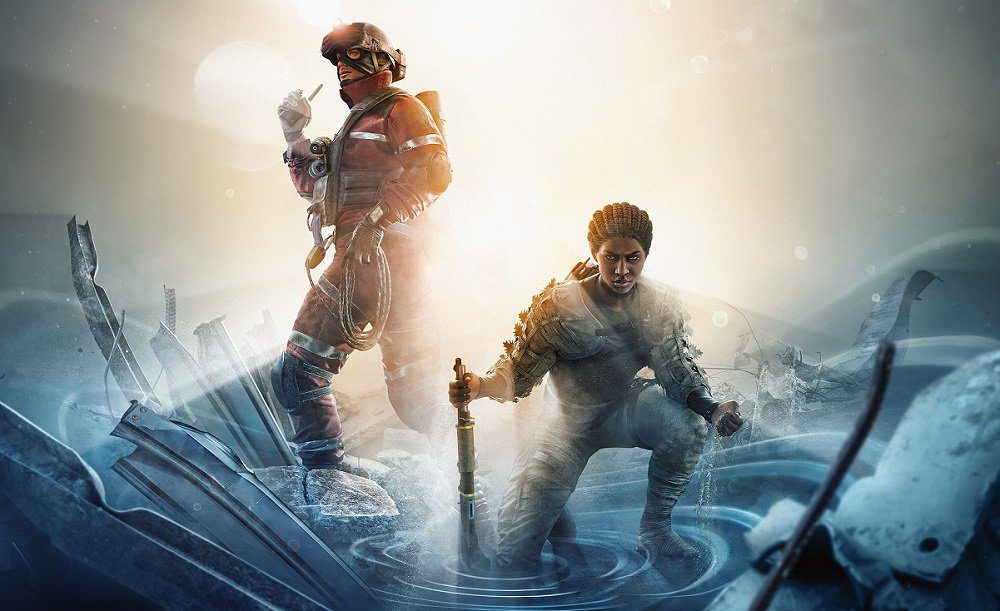 Ace and Melusi coming through a window near you

Ubisoft has released full details pertaining to the next season of first-person-shooter Rainbow Six Siege. Operation Steel Wave is the second season of Year Five, bringing new content and balance tweaks to the multiplayer title. The season will go live on test servers today, ahead of its official launch in June.

As teased this past weekend, two new operators are being prepped for deployment within the Rainbow Six Siege roster. New attacker “Ace” – real name Håvard Haugland – is a Norwegian special forces operative currently employed by mercenary outfit Nighthaven. Brash and confident, Ace craves the glory of hero-worship, which often sees him rushing headlong into rescue ops. But despite his reckless nature, Ace is a master tactician and a ruthlessly efficient breacher.

Ace is equipped with the “S.E.L.M.A Aqua Breacher,” a throwable device that slowly eats away at barricades panel-by-panel, creating an ever-increasing window on a given area. This allows Ace and his team-mates to get the drop on marks from obscure angles, creating a line-of-sight which may be viewable by the attackers before defenders can accurately ascertain their opponents’ whereabouts.

South African Thandiwe Ndlovu – better known by her call-sign “Melusi” – stepped away from dangerous black ops work after being injured in the line of duty, and has since dedicated herself to stamping out South Africa’s poaching trade. Now ready to return to the field, Melusi has been sought-out by Rainbow for her expertise in stealth, surveillance, and tracking. A moral and conscientious woman, Melusi brings her heart – as well as her mind – to Rainbow’s somewhat cold roster.

Melusi is equipped with the “Banshee Sonic Defense” device, which can be attached to any surface and emits a powerful pulse that slows and disorientates any attacker wandering into its vicinity. This incredibly powerful tool also produces sound when it activates, allowing the Banshee to double as a proximity alarm.

Operation Steel Wave will also see a full rework applied to one of Siege‘s most iconic maps: House. Maligned by a huge portion of the community, (but not me), House has received a full remodeling, closing off the main entrance as well as one of its garage doors, while renovating the basement and first-floor entirely. A balcony has been added to the first-floor exterior, while that irritating window over the main hallway has been sealed off. The map will remain in the mix for unranked modes only.

Also receiving a shakeup is Bootleg Batwoman Amaru, whose Garra Hook grapple line has been tweaked to give her faster and smoother entry, with a quicker recovery time upon landing. A new loadout gadget – the proximity detector – will also be made available to select defenders. Once attached to any surface, the detector will emit an infra-red beam, chiming out whenever an attacker crosses its line of sight. Finally, Echo is the latest roster member to receive an Elite skin. This ninja-themed ensemble includes matching weapon skin, charms, and victory pose.

As a reminder, this is the final season that – for the near future – will include two new operators. As Rainbow Six Siege prepares to transition into the next console generation, the next wave of seasonal updates will feature only one new operator, with time and resources being concentrated on improving the mechanics and engine of the game itself.