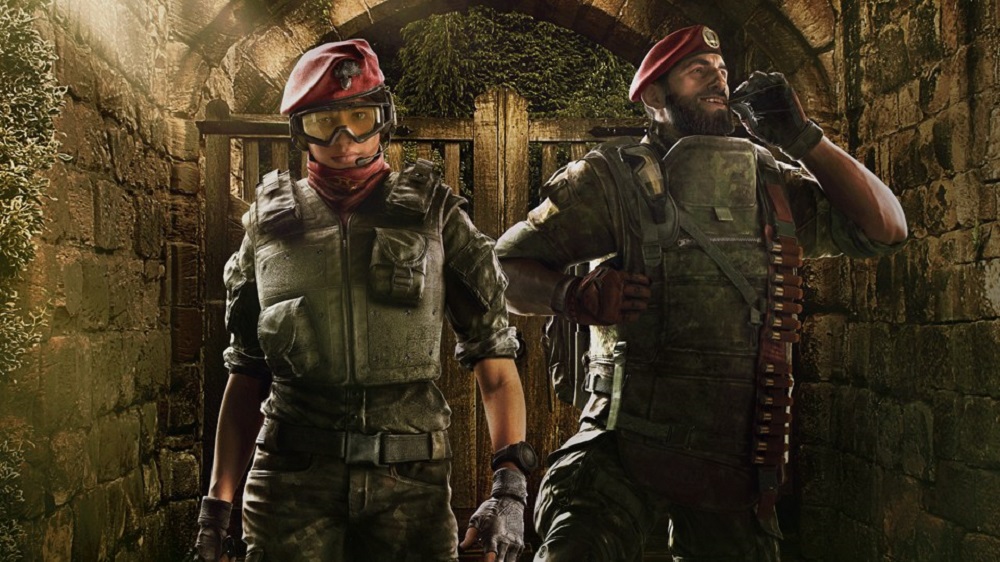 If you want peace…

Of course the best part of each new update are the new Operators. Available today for Season Pass holders and June 17 for everyone else, Para Bellum introduces us to Italian technicians Alibi and Maestro. Alibi is a fast-moving infiltration expert, who can utilise holograms of herself to trick the enemy into giving away their position. Think Arnie at the end of Total Recall.

Heavyweight Maestro comes equipped with cameras that fire short range laser beams “The Evil Eye”. These can be used as an early warning signal, a useful recon tool and even to zap laid charges and traps, pretty sneaky. Speaking of sneaky, some of Siege’s Defenders can now select a bulletproof camera as part of their initial loadout.

Along with the new Operators comes a new map, “Villa”, a mafia safehouse located within a relaxing country estate. Featuring beautiful vintage design and sat baked in the warm glow of sunset, Villa belies that carnage that will take place within its stone walls.

Along with this new content, various tweaks are being made to Siege’s modes. “Pick and Ban” is now in effect, a mode in which each team can nominate an Operator to be banned from the opponent’s roster for the next round, however, this bans the same Operator from your team’s roster, so think hard before you make your choice.

As part of the game’s re-balance, “Tower” is being removed from the Ranked playlist. Although a very cool and unique map, its sprawling play area heavily benefits Defenders, as a good chunk of time can be wasted by the Attackers hunting the hot spot down, often running into bored roamers, sick of waiting for something to happen.

This is just scratching the surface of the changes coming to Rainbow Six Siege today. For full details on balance changes, content additions, map buffs, or just a more in-depth look at your new Operators, check out the official patch notes right here.