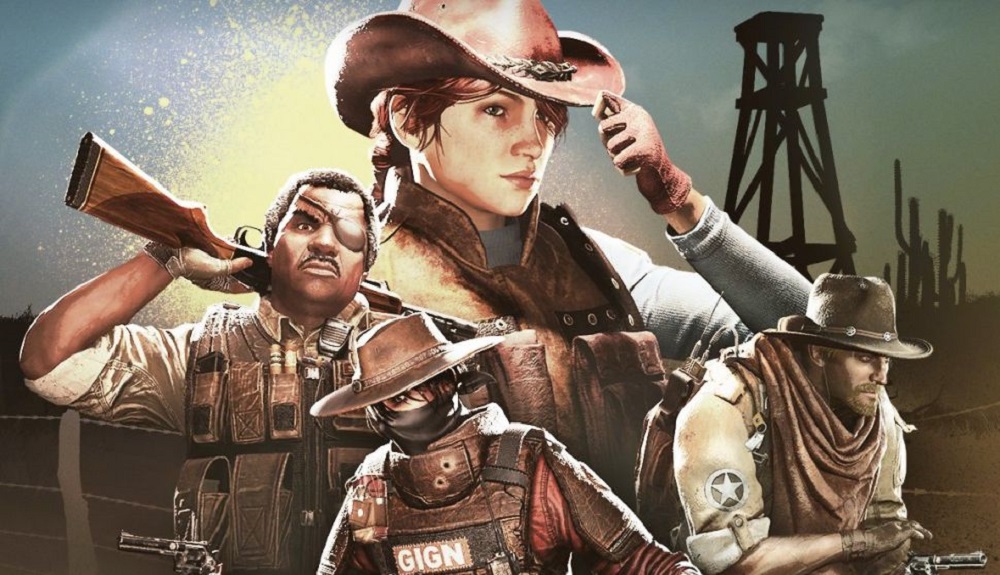 There’s a new gun in town

Back when I sat down with Rainbow Six Siege director Leeroy Athanasoff, we chatted about the idea of taking the the tactical shooter into strange new places, implementing its characters and gameplay into realms outside of its own counter-terrorism themes. Well, it seems the Athanasoff wasn’t just whistlin’ dixie, as a new limited time event takes some of our favourite operators and transports them to, of all places, the old west.

Showdown, which is live now in-game, is a deathmatch mode which pits two teams of three players against each other in a rootin’ tootin’ battle to the death. Taking place on compact new map Fort Truth, both teams are armed with a BOSG shotgun (reskinned to look like an old-school repeater rifle) and a powerful revolver. There’s no time to stop and soak in the antiquated new surroundings however, as each round has a breathless 90-second time limit.

Showdown is a really intense, exciting mode, and its speed allows for a quick blast of fun to warm up/wind down from typical Siege gameplay. The only downer is the appearance of some really cool new outlaw cosmetics, but sold at Siege’s notoriously high prices. Still, if you ever wanted to see Ash, I.Q., Maestro, Twitch and other operators saddled up, now’s your chance.

I really dig the idea of opening up Siege with events like this, taking the characters and placing them in entirely new environments, wardrobes and even timezones. Hopefully this will be the start of all sorts of creative new ventures for our beloved door-kicking crew.