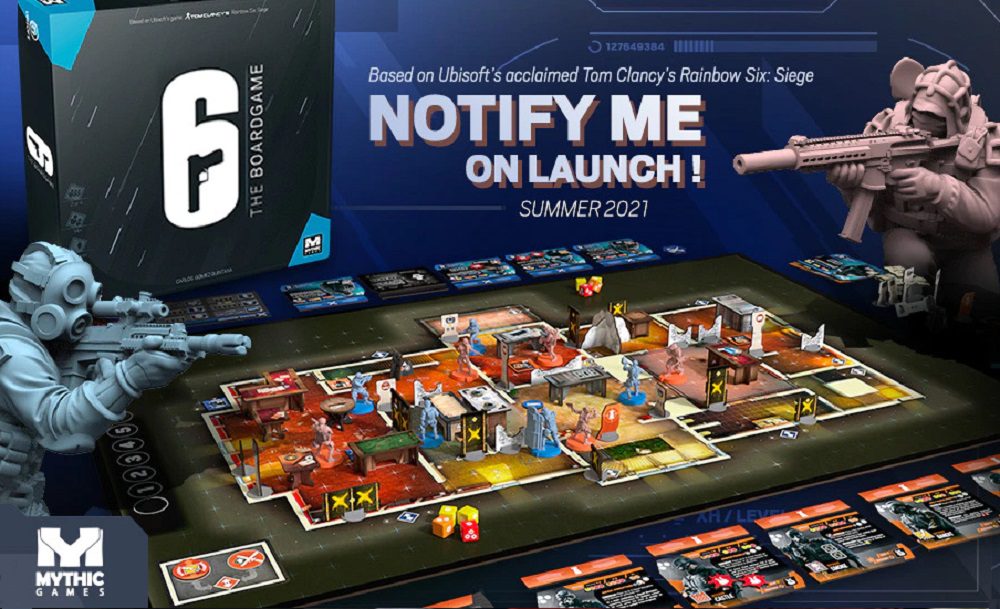 Mira, in the Garage, with the ITA12L

You might remember, back in 2020, we reported that Mythic Games was in the early stages of devising a tabletop version of Ubisoft’s intense multiplayer shooter, Rainbow Six Siege. Well, it seems that the game maker is getting set to launch a crowdfunding campaign, which will hit Kickstarter later this summer.

Titled 6: Siege – The Board Game, the finished product will see two players battle it out in typical twitchy Siege fashion, seemingly picking their way through a small-scale map as one of a selection of the game’s huge roster of operators — stylized as cool miniature playing pieces.

Details are still thin on the ground, but Mythic has released the first images of the playing board, featuring a top-down view of the playfield, space-based movement, and 3D models for cover and door barricades. Just from this single image, I’m really intrigued as to how the final game plays, particularly as each player moves their team into strategically chosen positions. Given that Siege is all about surveying the scene and out-thinking the opponent, it seems a well-suited brand for tabletop gaming.

You can sign up to receive notifications when the Kickstarter campaign is live, but don’t fret, as we’ll be sure to give you a full recon report once Mythic is ready to spill all of the vital deets.

6: Siege – The Board Game on Kickstarter this summer!
Click on the link and register to be notified on launch!
This board game with miniatures is based on the acclaimed video game Tom Clancy's Rainbow Six: Siege by Ubisoft https://t.co/MWQtLno7xs