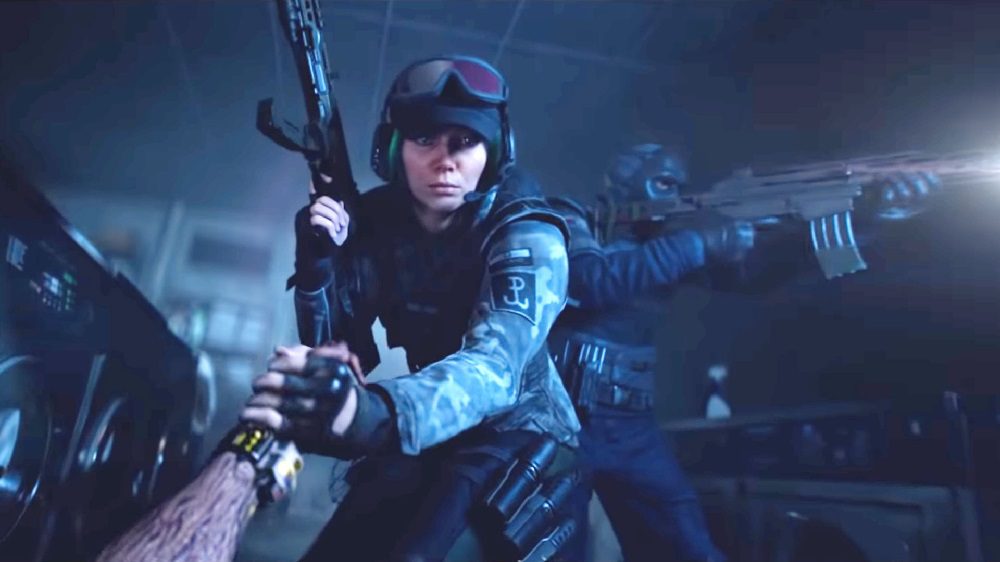 In 2020, Ubisoft announced that it would be delaying practically its entire slate of upcoming releases, pushing back Watch Dogs: Legion, Immortals: Fenix Rising, and the newest entry in the Rainbow Six series, Quarantine. While the two former titles have long since hit the market, Team Rainbow is yet to see a second trailer, let alone any gameplay footage.

But speaking in an earnings conference call this week, Ubisoft CFO Frédérick Duguet confirmed that the publisher is confident that it will have Rainbow Six Quarantine on the market by the end of September 2021, where it will join the similarly delayed Far Cry 6 as two of Ubisoft’s major releases for the 2021 Holiday season.

Interestingly, it seems that the COVID-19 pandemic has affected Rainbow Six Quarantine in other ways, aside from its release schedule. As reported by VGC, Ubisoft is currently re-evaluating the co-op shooter in respect to the current global climate. So when Ela and Co. finally take to Area 51 for their conspiracy-fueled, alien bustin’ action, the new game might not actually carry the “Quarantine” tag at all.

Rainbow Six Quarantine is a co-op shooter set a few years into the future, and will see some of Rainbow’s best operators squad up to investigate a strange anomaly of unknown origin. Quarantine represents the evolution of Rainbow Six as a franchise, something which the development team has focused on for some time – an overall move away from the politically themed counter-terrorist origins of Tom Clancy and into a wider, character-driven, more comic-book oriented universe. This has helped the dev team open the creative envelope and, as a long-time Rainbow Six fan, I’m absolutely all for it.