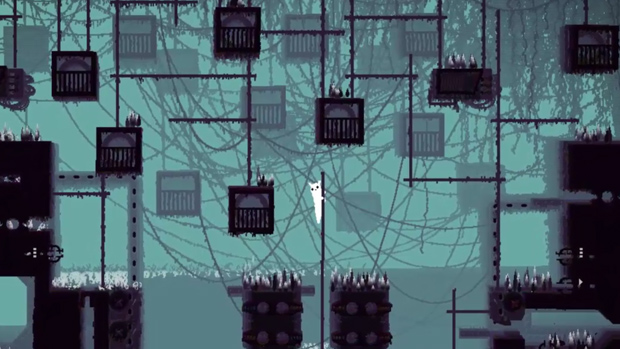 Look at that slugcat go!

While I don’t think there will be any topping the expressive .gifs of Rain World, this new footage captures the kinds of tactics necessary to outmaneuver predators in one continuous session that’s worth watching. Those flourishes in the animation haven’t stopped impressing me yet.

According to the developers, “each predator has its own distinct hunting behavior and specialized senses it uses to perceive you. You won’t be able to just out-run them every time, so the only way to survive in Rain World is by learning to understand the capabilities of each creature; their methods and personalities.” The flow is much more methodical than I was expecting. Then again, the game was described as having a stealth vibe.

The “Match Complete” screen at the end of the video also came as a surprise to me. I was expecting a more open-ended structure and not segmented levels like this footage suggests. Perhaps that will be the case, though — this was captured from an alpha build of the game and the Kickstarter does mention “a lengthy well-written single player campaign.”