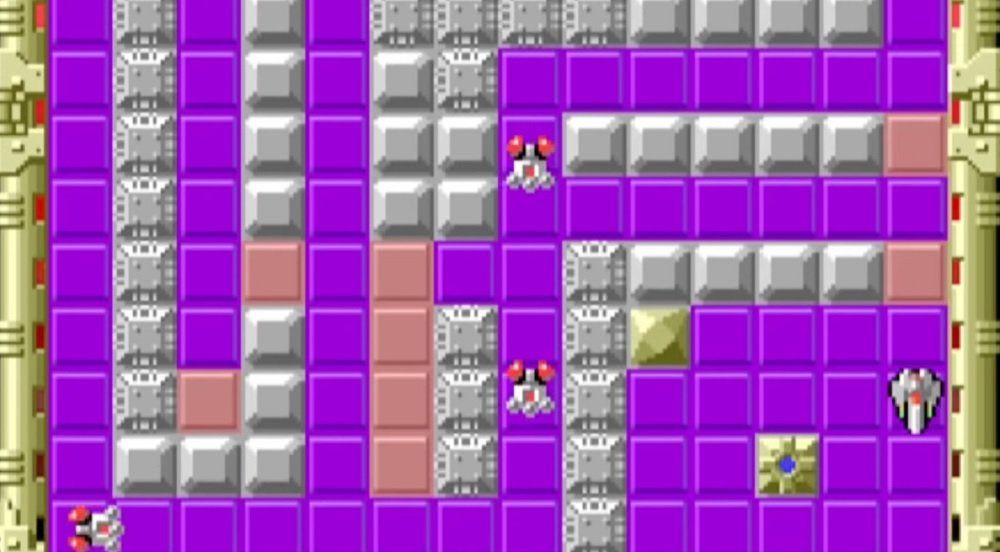 Nothing to do with Indiana Jones

Hamster has released this latest entry in its burgeoning Arcade Archives range, which has grown to legendary, record-breaking proportions. This week sees the re-release of UPL’s obscurity Raiders 5, now available to download on Nintendo Switch.

Released in arcades in 1985, Raiders 5 is a fairly simplistic maze-shooter, in which players guide a vessel through a series of scrolling mazes, blasting enemy bases before escaping via a pulsating exit. Despite mazes being a key element of Raiders 5‘s gameplay, your little ship can blast through huge sections of the surrounding walls, leaving one wondering why the maze is a deterrent in the first place.

Raiders 5 is the latest Arcade Archives release to come from the UPL catalogue – having had already dropped titles such as Penguin-kun Wars. While these UPL and Nichibutsu releases are neat from a curiosity standpoint, I can’t help but wonder when fans will start seeing some more exciting releases, such as the previously announced Konami classic Sunset Riders.

Raiders 5 is available to download now on Nintendo Switch, priced at around $8. It has previously been made available on PS4.