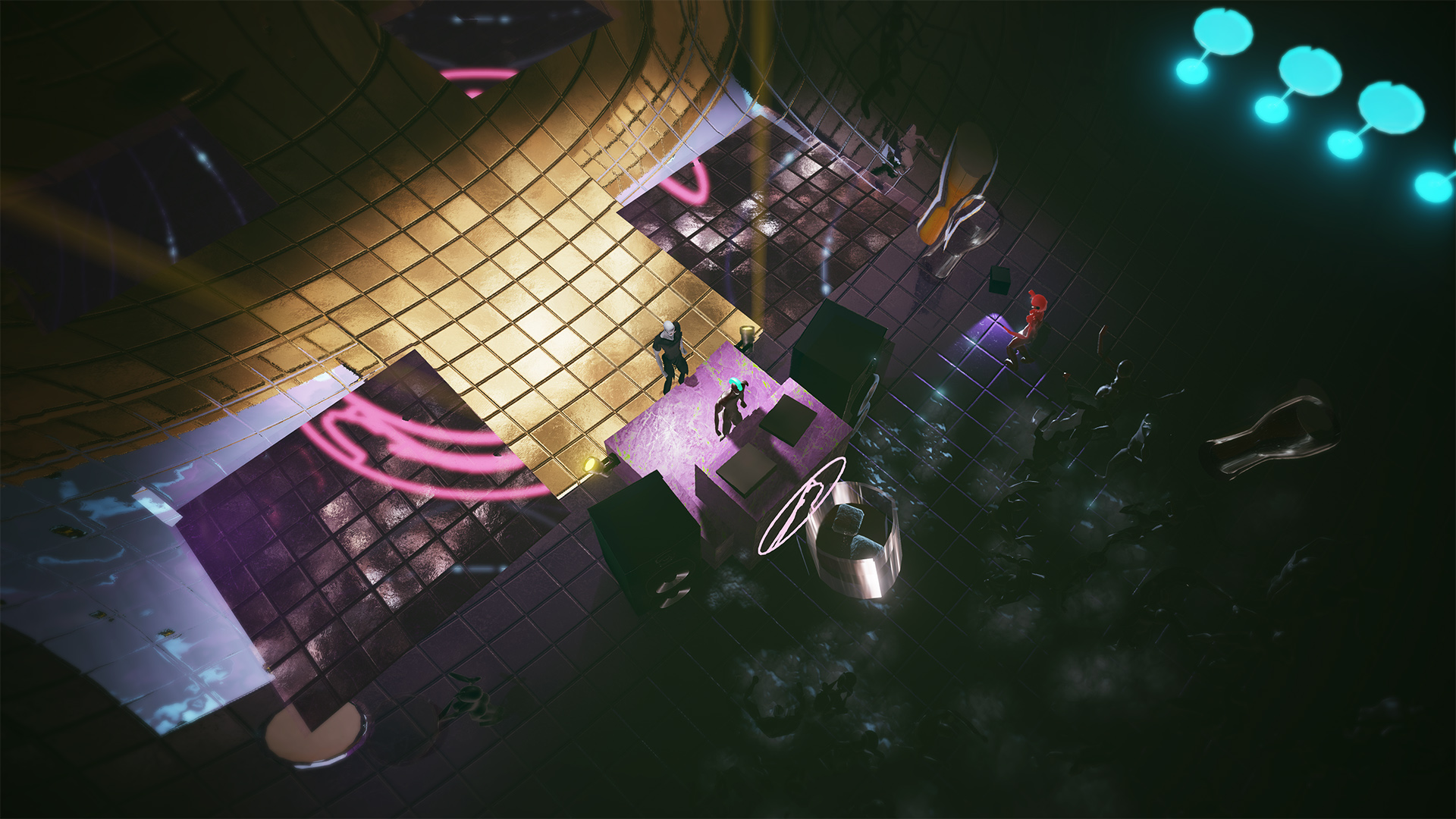 Party rock is in the house tonight

Stop me if you’ve heard this one before: An Indiana Jones-like cyborg discovers an eternal nightclub party and gobbles up copious amounts of liquor and pills on his way to finding his missing jacket.

Oh, wait. No. No, you probably actually haven’t heard that one before. I’ll continue.

One of the weirder games at Poznan Game Arena is Rage Disco from developer Suicide Penguin. It’s a floor by floor trek through an ancient tomb that just so happens to be a dance club. Zombies or spirits or ancient dwellers or whatever they are keep the party thumping, forever dancing along to the bassy soundtrack.

Rage Disco seems to be mostly a score-chasing affair, as all the martinis and beers and pills on the floor constantly add to a point total. The pills also alter how the game plays. Speed pills temporarily increase movement, and glitch pills make everything go kind of crazy.

Apart from shooting for points, the challenge lies within the fact that the party-goers might accidentally hurt the cyborg archaeologist protagonist. Being that he wants to preserve his findings, he’s completely pacifist. All he’ll do is use shields and roll out of the way.

Navigation is a constant question mark as Rage Disco not only randomly generates all floors, but re-generates them while you’re still on them. Backtracking doesn’t really exist because it’ll always be different. Nothing’s a given in Rage Disco.

After traversing three floors, we came to a boss that employed the well-known video game mechanic of “make him charge at you, miss, and crash into something.” That wasn’t tough, but the surroundings were also trying to hurt us. It’s a constant assault on the senses, something you could probably expect from an ever-going party.

Admittedly, Rage Disco is rough right now. There are bugs, the jumping feels weird, and the visuals suffer from blending together. Suicide Penguin readily admitted that it needs plenty of polish. But it’s also interesting enough of a premise that it seems worth talking about. Rage Disco is set for an eventual PC release, but it could easily make the leap to consoles too. Then we’ll see who’s up to party forever.