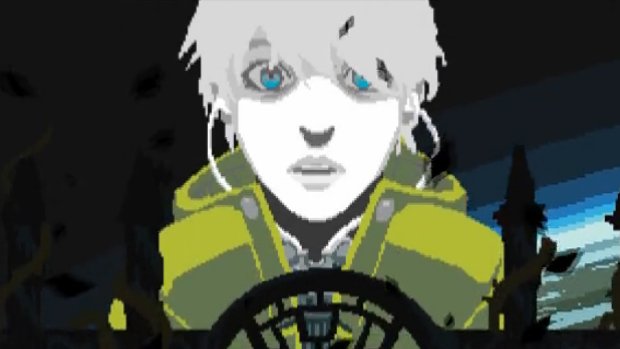 Watch the striking trailer below to see why

Let me introduce you to Kickstarter project Radio the Universe: A great looking top-down action game that conveys a specific haunted mood so well with its art direction and pixel art that resembles Konjak‘s better work. The look of the game reminds me of the grim futuristic parts of Chrono Trigger and Final Fantasy VI which I love!

“With Radio the Universe, I want to create something beautiful, melancholy, and evocative. A game that, of course, is fun to play, but also imparts a special, maybe surreal, experience to the player. I want to make a game with personality,” developer 6e6e6e wrote on its Kickstarter page. “A game that can feel a bit ‘off.’ I’m hopeful that there are enough people out there who want to see ‘off’ happen.”

The Kickstarter project, launched Dec. 21, has already reached its modest goal of $12,000 and currently stands at $29,629. Stretch goals offer extended areas in the game, additional weapons, and more cutscenes … yay?

With such a fantastic trailer, I can see why this one reached its goal. But, I am worried about one game feature listed: “Players who die in-game die in real life.” But-but-but — I’m still so young!!!