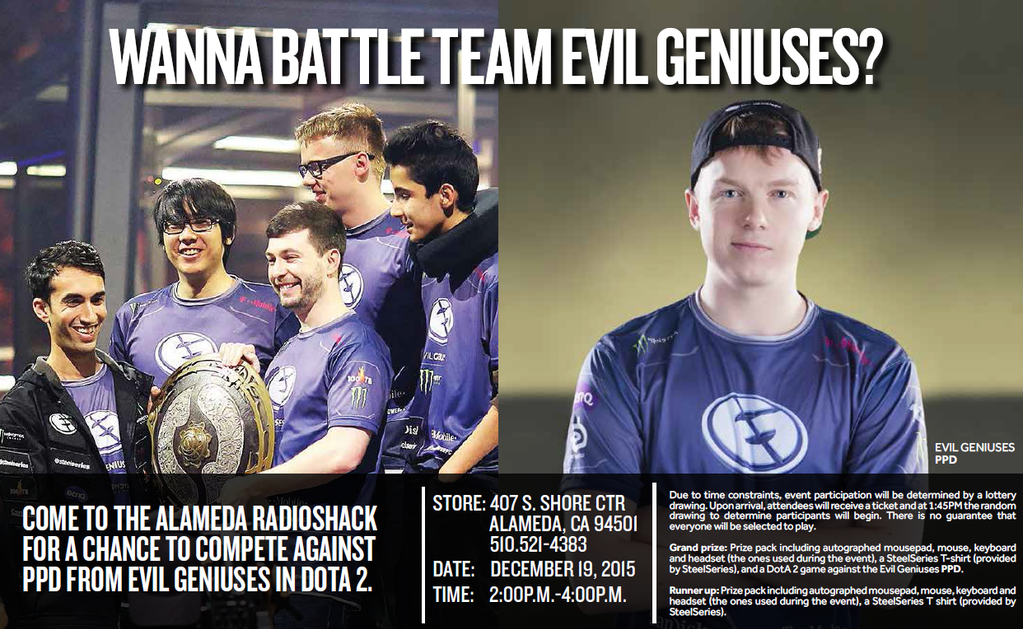 After reading both Jon Bois’ excellent adioS: The end of RadioShack, through the eyes of a store manager and A eulogy for RadioShack, the panicked and half-dead retail empire, you’ll forgive me for forgetting that Radio Shack still shambles on. In fact, there are still three in San Francisco without a red, foreboding “PERMANENTLY CLOSED” mark on Google Maps.

Across the bay in welp-it’s-a-city-alright Alameda, the South Shore Center Radio Shack is hosting the venerable Evil Geniuses professional gaming squad, giving attendees a chance to go mano a mano with pro Dota players and win a bunch of free, signed junk in the process (keyboard, mouse, etc).

So head on down to Radio Shack. In Alameda. December 19, from 2PM-4PM. You’ll witness…something. What a time to be alive.