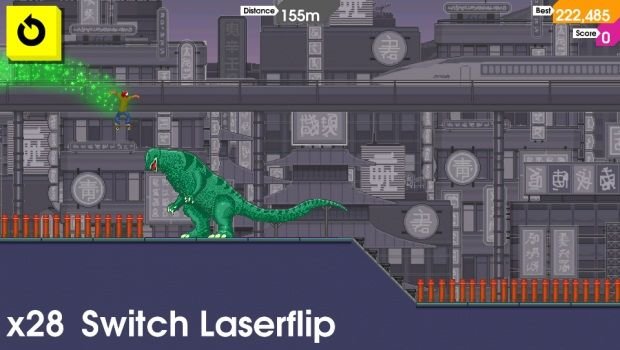 Skateboarder? I hardly even know her!

OlliOlli is a super fun little Vita game, but a lot of people won’t buy a Vita because “it doesn’t have any games” and they like to be wrong about things. If you’re one of those people (or you don’t have a Vita for a reasonable reason; for example, you live paycheck to paycheck barely making rent), rejoice.

OlliOlli is coming to PS3, PS4, and PC on July 22, Den of Geek reports. Now we can all be punk teens and skateboard against Godzillas and use shoelaces as belts.