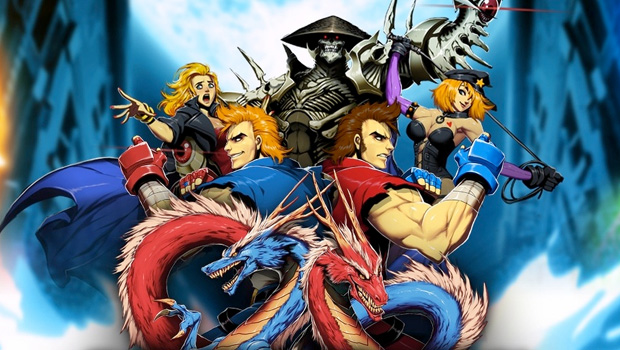 Our review of Double Dragon: Neon is coming, slowly but surely. The impressions of those on staff who have played it, though, aren’t all that positive. But even if the game itself isn’t hot to trot, the soundtrack is bloody brilliant. It ought to be, because it was composed by Jake “virt” Kaufman, whose magic touch has graced such titles as Shantae, Contra 4, the Mighty series, and Retro City Rampage.

Some folks have been acting pretty dumb regarding the music, thinking that it has somehow lost its way because now there are cheesy 80s vocals. You know, as if it’s any new direction for the series. No one should have ever been worried, because the Neon OST is pure sex. It’s got hard-hitting arrangements of classic Double Dragon tunes as well as some equally amazing new ones, in addition to vocal numbers inspired by a wide variety of 80s artists, such as Devo, Simple Minds, N.W.A., and even Marvin Gaye. See? It’s possible to cater to both purists and people who aren’t allergic to fun.

The best news? It’s FREE! Contrary to what we thought would happen following the Neon listening party a couple days ago, Jake has made the entire soundtrack available for the glorious price of “nada” — unless you are feeling generous, which you ought to be. If you still need convincing, you can listen to the whole album below then realize how wrong you were to doubt its greatness.