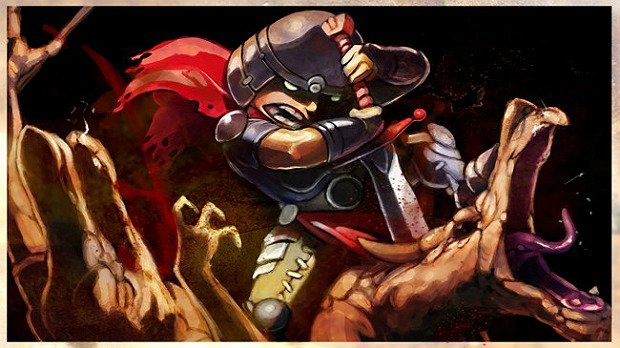 A few years ago, one of my best friends bought Baroque, an Atlus-published roguelike, after I turned him onto Persona 3. It didn’t go well: lured by the Atlus name and the misconception that Baroque was another RPG, he wasn’t ready for the strictures of perma-death.

Roguelikes are unabashedly brutal, but I think the bait-and-switch is part of the frustration. How many people bought Shiren the Wanderer or, to a lesser extent, Demon’s Souls only to get crushed underfoot?

Enter Cardinal Quest, the goodwill ambassador for the entire genre. Ido Yehieli’s tile-based dungeon-crawl isn’t any less punishing — I died four times in quick succession — but it’s packed with elegant, streamlined ideas that do much to lower the barriers to entry.

Por ejemplo: items are automagically equipped and obviously weaker weapons and armor are instantly converted into cash. Pick up a dupe and your hero says, “I don’t need this”: boom, that’s three gold coins. It also sports a “lives” system — the more you play, the more deaths you can suffer before dying permanently.

There are three different classes with which to crawl Cardinal‘s randomly generated dungeons, though the skills — which you find lying on the floor — seem interchangeable. My most durable thief build could throw fireballs, heal himself, and charm enemies. My favorite thing about playing the thief was his footspeed: since cooldown times are measured by steps taken, I could scamper away (invisibly, natch), load up another round of fireballs, and blast my way through legions of bandits, succubi, and kobolden.

Failing that, he had a huge axe.

You can play a substantial, three-dungeon demo on Yehieli’s site — that’s what I’ve been doing all morning — and the full version is available for $4.45 through BMTMicro or FastSpring, though Rock, Paper, Shotgun are reporting that he’s exploring other digital platforms.

Cardinal’s Quest isn’t as demanding as traditional dungeon-crawlers and plays a bit like baby’s first roguelike, but whatever — it’s slickly designed, the music is rad, and it’s a competent class-based RPG that manages to stay dynamic without being weighed down by clunky mechanics.

You can play a demo here and read RPS’ Adam Smith’s much funnier account of Cardinal’s Quest here.