In the comments section of my rather scathing review of Rad Rodgers, one of the devs behind the game, a man named Fred, was wondering what happened. In a rather refreshing show of humility, he wasn’t upset that I disliked the game, but questioning why I even encountered so many bugs.

Apparently there was a series of glitches in the release version that caused most of the problems I had encountered and a new patch had addressed those issues.

My biggest complaint with Rad Rodgers was with the collision detection. For one reason or another, I kept falling through platforms when I would jump at them. This was caused by an issue with the laser head enemies and that was been completely fixed. Now Rad actually lands on platforms and you won’t die instantaneously from laser attacks that you’re clearly not touching.

Another issue I had was with the rapid fire power-up. This should have provided you with a faster fire rate, but the time it took to spin-up the machine gun was often too long to be useful. Without a weapon select, this ended up causing more headaches than it was worth. That has been tweaked so that you can fire off single shots immediately, but you can also press fire and have the gun start shooting without pause. It has a dramatic impact on how effective this power-up is and makes it worth grabbing again. 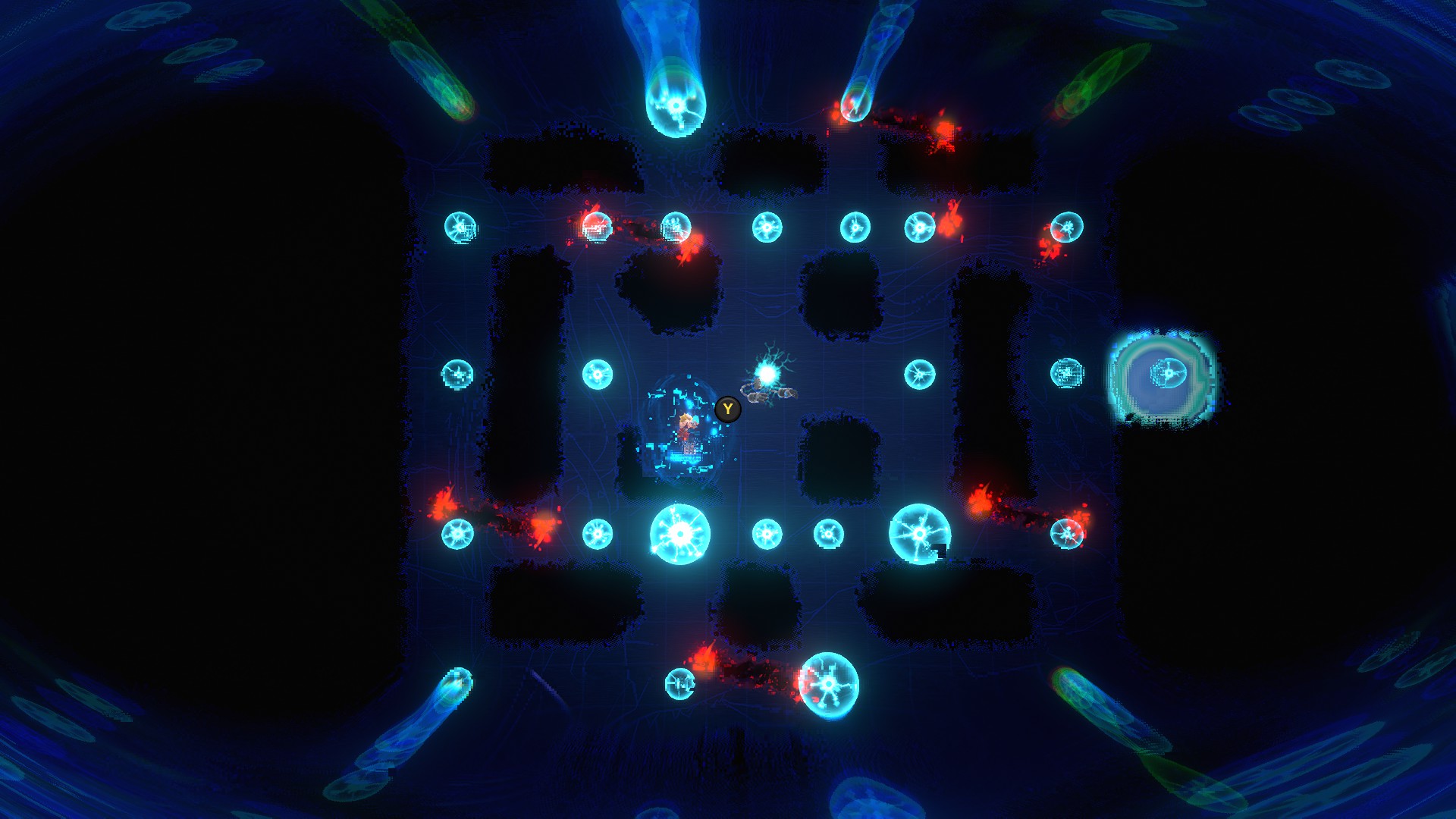 I can’t say that I’m fond of the pogo stick levels, but the general polish on them has been improved. It doesn’t feel as stiff or rushed and they provide at least a modicum of fun in between the more traditional levels. I also still encountered some problems in the pixel verse levels where objects would disappear, but the general gameplay feel is smoother overall.

So I can safely say that Rad Rodgers is just plain better now than when I played it. I didn’t extensively go through each level again to see all of the fixes, but you can buy it now and dodge the biggest problems I had with the game. This patch hasn’t transformed the game into a modern classic or anything, but it does at least better realize the potential that Rad Rodgers has.