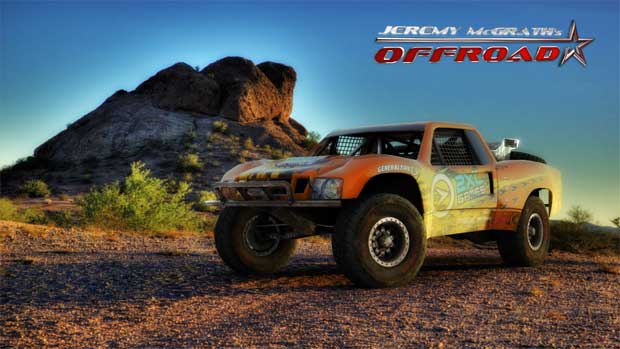 Supercross king Jeremy McGrath is no stranger to videogames; he’s had his name attached to a handful of them years. But it’s been awhile, and now — powered by Monster Energy! — he’s back.

Developer 2XL Games will be releasing Jeremy McGrath Offroad for both PlayStation Network and Xbox Live Arcade this year. We don’t know much about the game just yet, though; more will be revealed at the Lucas Oil Off-Road Racing Series event in California later this month. (I guess that’s kind of like the E3 of off-road? I don’t know…)

2XL does has a history of making these extreme-style racing games, including BAJA: Edge of Control for THQ, as well as lending its talents to the MX vs. ATV series. I don’t know a shock from a strut, but I do like playing fast, dirty racing games, so I’ll be keeping my eye on this one.